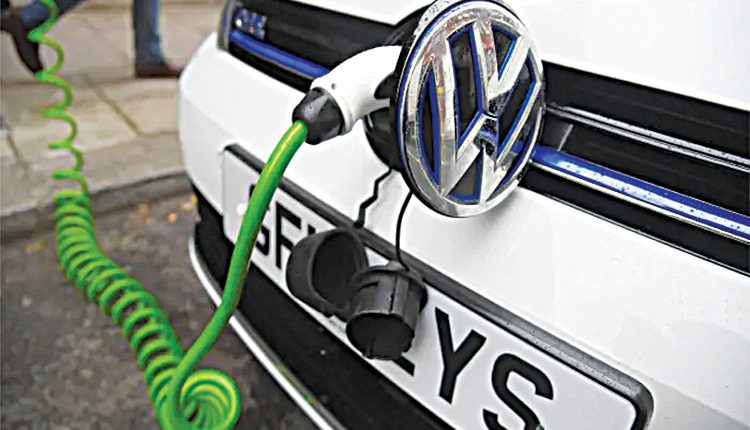 Paris, Jan 25 (FN Agency) The world’s biggest diesel engine factory in Tremery, eastern France, is undergoing a radical overhaul – it’s switching to make electric motors. From less than 10% of output in 2020, electric motor production at Tremery will double to around 180,000 in 2021, and is planned to reach 900,000 a year – or more than half the plant’s peak pre-pandemic output – by 2025. The shift is testament to a car industry in flux.

Demand for diesel cars has slumped since a 2015 pollution scandal, while tough new EU regulations, which fine carmakers for exceeding emissions limits, are pushing them to make more electric models. So, in the midst of a pandemic and with the level of consumer demand for battery-driven cars still uncertain, automakers from Volkswagen to Nissan are ditching diesel models and ramping up output of electric drives. “2021 is going to be a pivotal year, the first real transition towards the world of electric models,” said Laetitia Uzan, a representative for the CFTC union at Tremery. But for Tremery’s 3,000 workers, and the wider car industry, there’s an added complication. Electric motors only have a fifth of the parts of a traditional diesel engine, putting a question mark over jobs. Uzan acknowledged a risk that fewer staff may be needed, but was optimistic that could happen “quite naturally” as workers retire without being replaced. Tremery’s owner Stellantis – newly created from the merger of Peugeot maker PSA and Fiat Chrysler to help tackle the industry changes – has said it won’t close factories and will seek to protect jobs.

But some industry researchers warn Europe’s car manufacturers, already suffering from overcapacity, will have to make big cuts in order to deliver the investments needed to catch up with U.S. electric car pioneer Tesla. French car lobby group PFA estimates 15,000 jobs linked to diesel are at risk in France, out of 400,000 employed by the industry as a whole. IAB, a German labour research institute, calculates the arrival of electric vehicles could threaten 100,000 jobs in Germany, or about one in eight German auto industry jobs.

‘Unprecedented Year’
The transition from diesel is particularly marked in Europe, where sales of diesel vehicles made up at least 50% of the total as recently as 2015, according to data from research group JATO Dynamics, far higher than in both North America and Asia. At least 20 car models will no longer offer diesel versions in 2021, from Volkswagen’s Polo and Renault’s Scenic to Nissan’s Micra and Honda’s Civic, according to researchers IHS Markit, which says 2021 will be “an unprecedented year” in the shift away from diesel. Meanwhile, a slew of new electric models will hit showrooms. The Society of Motor Manufacturers and Traders, Britain’s car lobby group, expects 29 new fully-electric and seven plug-in hybrid models will be launched in the country this year, compared with 26 internal combustion engine models – only 14 of which will have diesel variants. There are encouraging signs that consumer interest in electric vehicles is picking up. In September, EU registrations of electrified vehicles – fully electric, plug-in hybrid or hybrid – overtook diesel registrations for the first time, according to JATO data. EU sales of fully-electric and plug-in hybrid vehicles surged 122% in the first nine months of 2020, at a time when overall vehicle sales fell 29% due to the pandemic. But they still only accounted for around 8% of total sales, with some drivers put off by the limited availability of charging points and higher cost of many electrified models. At Renault’s Cleon plant near the northern French coast, the switch from diesel is well under way, with only half a building housing the assembly lines for diesel motors while hybrid and electric motors are spread over two whole buildings.