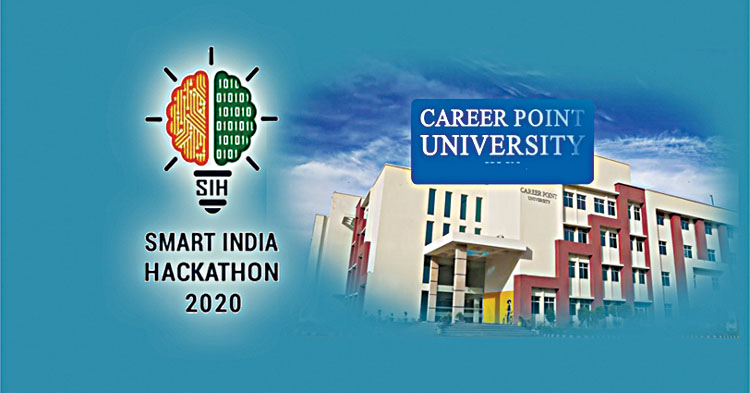 Hamirpur (HP), Feb 26 (FN Agency) A team of the Career Point University of the Hamirpur district has secured the first position in the world’s largest hackathon (Smart India Hackathon) was organised in various universities of the country in January 2020 by the Ministry of Human Resources, Government of India.

With students from the Mechanical Department, Shashikant Thakur, Rishi Sharma, Rajat Singh Dogra and Archie Thakur, Deeksha Sharma and Manu Vineet Sharma are from other departments. The objective of the Hackathon is a national campaign under which students across the country are provided with a platform to solve our everyday problems with innovation and prowl saving mindsets to promote innovation in the country and with government departments – Along with this, new thinking talent can be brought to solve the problems of the industry with new aspects.

Team mentor Dr S Vaibhav said that the team has won successfully by solving the problems of the “Ministry of Housing and Urban Affairs”. The team will be given a cash prize of one lakh rupees, according to a spokesman of the University. It is worth mentioning here that the Smart India Hackathon is a nationwide initiative that provides a platform for students to solve problems encountered in our daily lives, and thereby cultivates a culture of product innovation and a problem-solving mindset. University The administration congratulated the mentor and the team for this achievement.