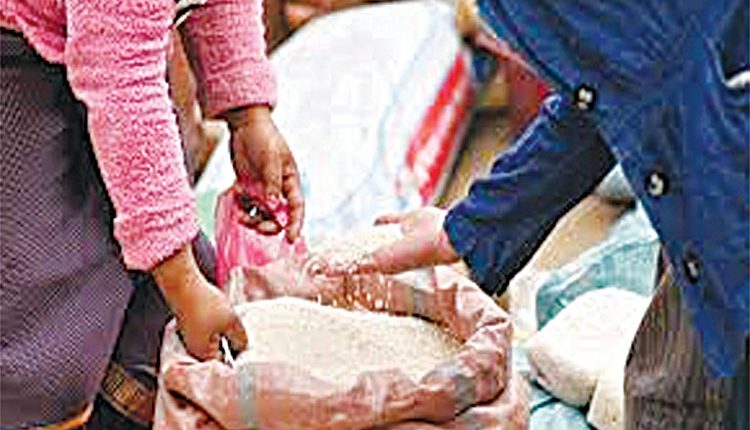 New Delhi, Jan 29 (FN Agency) India is likely to increase allocations toward its annual food subsidy spending by 4%-6% in the budget for the fiscal year beginning April 1 to cover the cost of running the world’s biggest food welfare programme, said two government sources. For the 2021/22 fiscal year, India’s total outlay toward the food subsidy is expected to cross 2.1 trillion rupees ($28.7 billion), but the budgeted allocation is likely to go up by only 4%-6% from 1.16 trillion rupees earmarked in the previous year, said the sources with direct knowledge of budget discussions, who asked not to be named as the talks are private. The allocation for food subsidy is likely to go up to 1.22 trillion to 1.24 trillion rupees mainly due to fiscal constraints, said the sources.

Finance Minister Nirmala Sitharaman is expected to outline the allocation when she presents the 2021/2022 budget on Monday. A spokesman for the finance ministry did not respond to a request for comment. Since the government’s allocations would fall short of the required funds to finance its mammoth food welfare programme, government-backed Food Corporation of India (FCI) will likely have to borrow more than 800 billion rupees ($11 billion) in 2021/22, the sources said. FCI, the main grain procurement agency, buys rice and wheat from farmers at guaranteed prices and resells them at a fraction of market rates to 67% of India’s 1.38 billion people.

The government pays the difference between FCI’s procurement prices and sales prices by allocating funds for the food subsidy in its annual budget. For the past few years, the government has not fully compensated FCI, forcing it to borrow. As a result, FCI’s total debt has ballooned to 3.81 trillion rupees ($52.30 billion). In the first nine months of the 2020/21 fiscal year, FCI borrowed 460 billion rupees to meet its expenses. In the past decade, FCI’s expenses have risen sharply as the guaranteed prices at which is buys common rice has climbed by 73% and wheat by 64%, while the prices at which FCI sells rice and wheat have remained unchanged. In its annual economic survey released on Friday, the Indian government said the food subsidy bill is becoming “unmanageably large”, and added there was a need to hike the prices of grains sold via the government’s public distribution system to reduce the food subsidy bill.