‘Blue economy programme has economic as well as scientific advantages’ 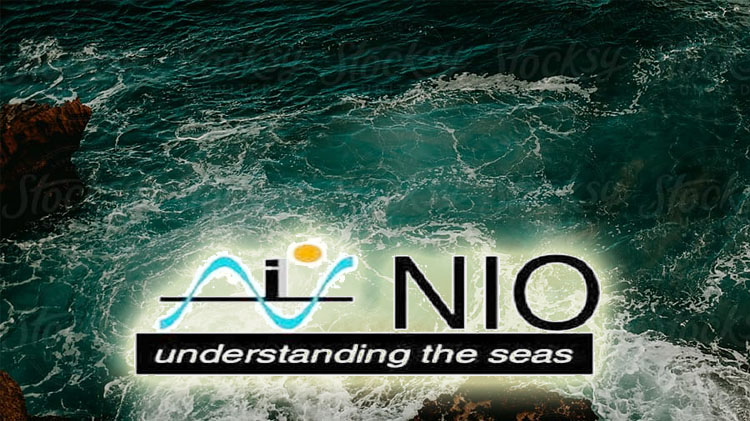 Panaji, Feb 11 (FN Agency) Professor Sunil Kumar Singh, Director, National Institute of Oceanography (NIO), has said that blue economy programme of the Centre has both economic as well as scientific advantages. Speaking exclusively to UNI, he said the programme would be of benefit to various sectors which include power, agriculture, meteorology and fisheries, among others. ‘We have done a lot of work on polymetallic nodules. NIO started work on polymetallic nodules in the central Indian Ocean 40 years back. India was the first pioneering country to make investment in this area. This area belongs to the International Seabed Authority. So if you want to work you have to take permission from the International Seabed Authority. After getting permission we surveyed 1,54,000 sqkm in the area and out of that 75,000 sq km was relinquished for future use.

In that we have found 100 million tonnes of iron and manganese deposits. We are now ready to exploit that. Lot of exploration has been done. Actually on January 26 this year we completed 40 years of survey. Now this programme has been taken over by the Ministry of Earth Sciences. Even this area has cobalt which is not available on land in our country. If we are able to extract cobalt, it would be a big achievement. This is one part of the blue economy programme,’ he said. ‘We are at an advanced stage. Now technology is being developed at National Institute of Ocean Technology, Chennai, which will be activated after some time. There is a rule that you have to show that the environment is not getting impacted. NIO is continuously doing the Environment Impact Assessment,’ he said. Professor Singh said a lot of study was being done to get more information about precious metals available under the sea. ‘There is a mountain kind of structure within the ocean and there are precious metals like gold, platinum etc. We are trying to study that also. One aspect is how the movement is taking place, how the crust is forming, what is the time frame, another is economic issue. These are sources of very important mineral like rare earth minerals.

There also a lot of study is taking place and that is also part of the blue economy,’ he said. The NIO Director said the plan was being afoot to have a floating like structure which could help generate wind, solar and hydro electricity facilitating reduction in emission of carbon into the environment. ‘We are using coal for energy and for that we are creating pollution. But slowly we are moving towards non-conventional energy. Here again the ocean will serve as a huge resource. We are making a big floating structure in the sea where we are putting a hybrid energy system. That will include a solar panel, wind turbine, hydro electric turbine which will be run by waves and tides. We are planning to have a huge floating structure so that we could generate power from solar, wind and tide and wave. This is also at a very advanced stage,’ he said. Professor Singh said the blue economy programme would not only benefit the fisheries sector but also help in more accurate prediction of monsoon and thereby helping agriculture.

‘If we talk about living resources from the sea , then fisheries comes into mind. So we are trying to understand the distribution of fisheries, particular type of fisheries, why they are available in a particular area. We are also trying to predict where fisheries will be more and where less. We mostly know about fishes available on surface water. But we want to go a bit deeper as huge resources are there. But the problem is cold. So we have to have a processing unit on board so that fish could be processed as soon as they are out of water,’ he said. The NIO Director said,’The whole Indian economy is based on monsoon which is controlled by the sea condition. That too we are trying to study how sea is impacting monsoon. If you are able to predict monsoon in advance, agriculture can be planned accordingly.

So lot of study is being done to find connections between sea and monsoon. Interestingly, the South East monsoon is not dependent on Indian ocean but they are very much dependent on pacific conditions. If Pacific conditions are changing it will impact Indian monsoon. Similarly, recent study has shown there is a connection between Atlantic sea and Indian monsoon. So whole ocean is impacting our monsoon. You cannot study monsoon in isolation unless you study the ocean. It has been found that whenever the Pacific is heating, you will have drought in India and whenever Atlantic is cooling we have drought in India.’