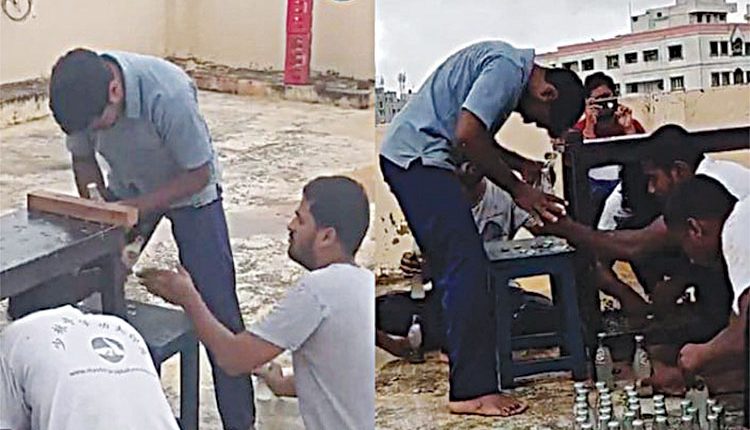 Nellore, 24 Nov (Agency)- There are some Guinness World Records (GWR) that we may find bizarre, but most of them are unique and are an achievement. In the last few months, Indians have made some of the most amusing world records. One man from Kerala made the world’s largest pen, while a 6-year-old Indian kid in Ahmedabad became the world’s youngest programmer. Latest in this list is a man from India who has made the world record for removing the greatest number of bottle caps in one minute using his head.

The man named Prabhakar Reddy belongs to Nellore in Andhra Pradesh. He removed 68 bottle caps in one minute to make the Guinness World Record. The official handle of GWR tweeted the video of the act. In the video, we can see Prabhakar using his forehead to remove the cap from the bottles. The man was assisted by Sujith Kumar E and Rakesh B for making the world record. As per the website of GWR, Prabhakar broke the record on November 18, 2020 as part of the Guinness World Records Day. On this day, many participate in the celebrations in a bid to break existing records. Prabhakar has won the title by breaking the record of Pakistan’s Muhammad Rashid, who opened 61 bottle caps with his head in 2016. This is not the first time that Prabhakar has made a Guinness World Record. In May 2018, with 42 martial art throws, he became the person with the most martial arts throws in one minute. In 2017, he bagged the GWR for most walnuts crushed by hand in one minute.