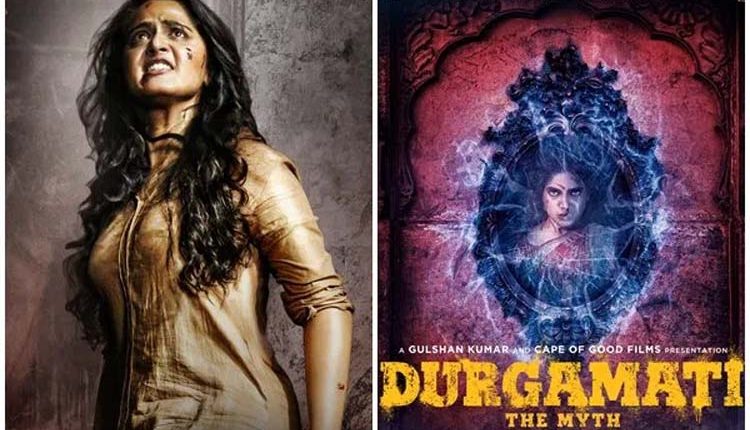 Mumbai, Nov 25 (UNI) Amazon Prime Video on Wednesday unveiled the gripping trailer of its upcoming Amazon Original conspiracy thriller Durgamati starring the supremely talented Bollywood actress Bhumi Pednekar in the lead. The chilling thriller also sees a stellar ensemble cast including Arshad Warsi along with Mahie Gill, Jisshu Sengupta and Karan Kapadia in prominent roles. The film is written and directed by Ashok, produced by Vikram Malhotra and presented by Akshay Kumar under the Cape of Good Films banner, along with Bhushan Kumar under the T-Series Banner. Durgamati is set to premiere this December. The film’s director Ashok is well-known for his blockbuster Telugu film ‘Bhaagamathie’ (2018). In the film, Bhumi Pednekar will be seen in a unique role of a Government Officer who becomes the target of a sinister conspiracy. Prime members in India and across 200 countries and territories can stream Durgamati starting December 11, 2020. “We are delighted to bring Durgamati to all the cinema fans across the country and beyond. With Bhumi in the lead, the movie features a talented starcast who will surely bring a riveting storyline to life. We are certain that this film will provide an entertainment package replete with twists and turns, coupled with thrills and chills to all our fans and audiences right in the comfort of their homes.” said Vijay Subramaniam, Director and Head, Content, Amazon Prime Video.

“After successful launches earlier this year, including Amazon Original Series Breathe: Into The Shadows and Shakuntala Devi, I am glad to once again collaborate with Amazon Prime Video for another exciting project, Durgamati,” said Producer Vikram Malhotra, Founder & CEO – Abundantia Entertainment. “With Bhumi leading it, the film is designed as a power-packed entertainer. And the presence of fabulous actors such as Arshad Warsi and Jisshu Sengupta along with Karan Kapadia and Mahie Gill make this a treat for lovers of the thriller and conspiracy genres.” Bhushan Kumar said “I am very excited to take DURGAMATI to its audience all over the world via Amazon Prime Video. Our collaboration with Abundantia Entertainment and Vikram has produced much-loved films like Baby and Airlift and I look forward to adding to that count”. ”I’m super excited about my upcoming film Durgamati and it’s an honour to play the lead in this conspiracy thriller.Being an ardent fan of spine-chilling thrillers myself, I was delighted to be a part of such a gripping story,” said Bhumi Pednekar. “Also, I am glad to collaborate with Akshay Sir again after 3 years and present this wonderful film for audiences across the world.” Written and Directed by Ashok and starring Bhumi Pednekar, Durgamati is a thrilling, scary ride that tells the story of an innocent Government officer who is made the victim of a major conspiracy involving powerful forces. The film is presented by T-Series and Cape of Good Films and is an Abundantia Entertainment production.