Aim is to become a dependable player for the team: Shamsher 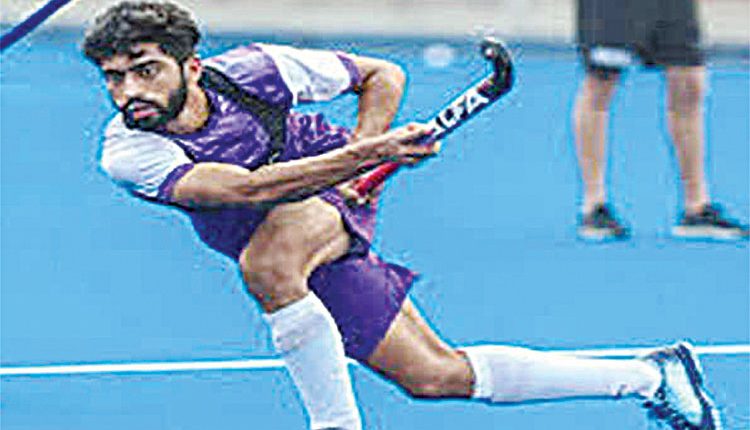 Bengaluru, November 30 (Agency) Having made his senior India debut at the Olympic Test Event in Tokyo last year, young midfielder Shamsher Singh had many things to look forward in the year 2020. His single most important mission was to prove his worth to the team to find a place in the squad for key events this year but the pandemic derailed his plans, however did little to dent his spirit.

“I have come from difficult background with my father making his living from farming. There were several odds that I faced in my initial days in hockey and the struggle for basics like stick, kit and shoes were real. I believe this past experience helped me brace for any uncertain circumstances and this year we have all been put off gear with the pandemic but what’s important is to continue to stay focused on our goals no matter the odds,” stated the 23-year-old from Attari who climbed the ranks in domestic hockey after honing his skills at the Surjit Singh Academy in Jalandhar, Punjab where several of his teammates come from. Shamsher’s debut for the Indian team was quite memorable as they won the tournament by beating New Zealand 5-0 in the Final, a match which saw Shamsher score his first Senior Team goal for the country. He struck the 2nd goal for India in the 18th minute. The talented youngster played all four of India’s games – 6-0 win over Malaysia, 2-1 loss to New Zealand, 6-3 win against hosts Japan and 5-0 win against New Zealand in the Final.

“I wanted to build on my game further and was hopeful of finding opportunities in key events that were to be held this year. But with the scenario changing due to the pandemic, I have realigned my focus to make the most of the situation by improving my basics and gain experience by closely working with seniors in the team. The learnings during this time has been of immense value,” he added. Shamsher’s disappointment in 2016 when he missed out on making the team for the FIH Junior Men’s World Cup was a turning point in his career, explains the young lad. He said, “I was part of the reserves but missed out on making the cut for the India squad that went on to win the coveted Junior World Cup. It was magical to watch the team lift the title in front of crazy hockey fans in Lucknow and watching the entire tournament from the sidelines only made me more determined to work hard and earn the India jersey. Now in the Senior Core probable group, my aim is to become a dependable player for the team and execute what’s expected of me from the Coach.”