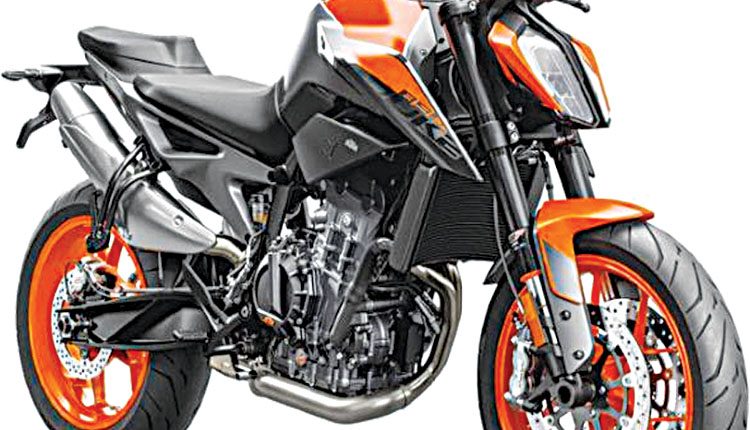 KTM has taken the wraps off the new 890 Duke, the successor to the KTM 790 Duke that’s been discontinued following the implementation of Euro 5/ BS6 emission norms. The KTM 890 Duke is positioned below the KTM 890 R, the more powerful variant that debuted in 2021.

2021 KTM 890 Duke: engine and electronics
The KTM 890 Duke uses the Euro 5/ BS6-compliant 889cc, parallel-twin, liquid-cooled LC8c engine that also powers the 890 Duke R, albeit in a lower state of tune. Instead of the R’s 121hp, the 890 Duke’s engine is tuned to produce 115hp and 92Nm, which is 10 more horsepower and 5 more Newton metres of torque than the KTM 790 Duke’s engine. In addition, KTM claims that this engine features an increased rotating mass, by 20 per cent, ensuring better cornering stability and better engine refinement. While the peak power has gone up, the 890 Duke’s weight, at 169 kg, is identical to that of the KTM 790 Duke. This translates to better power-to-weight ratio and may mean a faster accelerating motorcycle than the mental 790 Duke. To reiterate, the KTM 790 Duke recorded a 0-100kph time of 5.45sec during our tests.

To help keep things from getting out of hand, the KTM 890 Duke comes with an updated electronics package, 6D lean angle sensor with IMU assisted, nine-level traction control system. However, strangely, it only gets Rain, Street and Sport modes as standard, while the Track mode as well as the Up/Down quickshifter are optional extras. These were standard fitment on the 790 Duke.

2021 KTM 890 Duke: chassis
The 890 Duke uses the same chromium-Molybdenum steel frame and aluminium subframe as the 890 Duke R. The 43mm WP Apex front forks have been upgraded while the rear monoshock is preload adjustable, like in the 790 Duke. KTM also claims to have improved the braking system by means of aggressive brake pads that also offer more feel. Like the 790 Duke, these bite on to twin 300mm discs at the front. The other notable change is the switch to Continental ContiRoad tyres from the Maxxis tyres on the 790 Duke.

2021 KTM 890 Duke: colours, price and availability
The new KTM 890 Duke is available in two colours – black and orange – with new stickers and a blacked-out aluminium subframe.
The bike is expected to go on sale in international markets soon and it is likely that KTM will bring the 890 Duke to our shores by the end of the year. The price tag, we suspect, should hover around the Rs 8.5-9.5 lakh mark.