We have a team that is hard to score against, says Dennerby 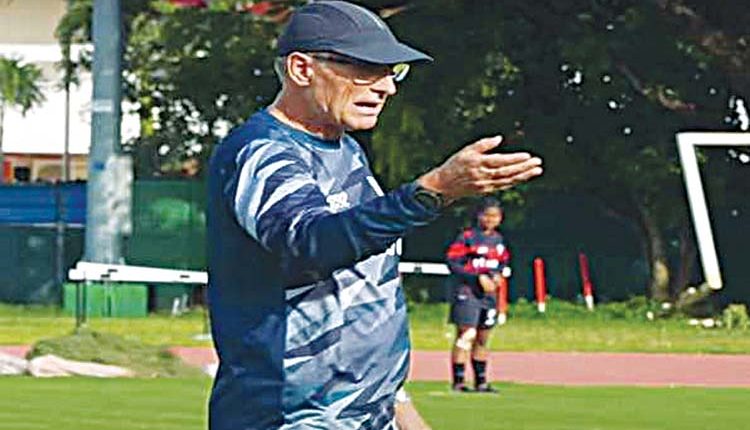 Bhubaneswar, Oct 10 (Representative) India is set to begin their maiden global entry when they play against football powerhouse USA in the opening match at the FIFA U-17 Women’s World Cup campaign at the Kalinga Stadium here on Tuesday. Head coach Thomas Dennerby is an optimist about his girls ability against the opponent and called upon the soccer fans to come and cheer for Indian football in the global arena. “We have a team that we know can defend very well. Tomorrow, one thing that everyone should be able to see is how hard it will be to score against us. If we utilize the chances we create, we can come out with points. The USA will come as the favourites but it’s all on paper. Our focus is on our game plan. If we have our best day and score an early goal, it will be good for us,” he stated.”Home advantage is always there. Some girls can feel a little pressure if they see a large crowd in the stadium. However, it’s on the pitch that everything will be decided and the outcome of the match will be determined.” the coach said on eve of play.

Captain Astam Oraon spoke about the team’s excitement levels ahead of the opening fixture and said the team is “strong physically and mentally.” “The team is excited to play against the USA and finally get the tournament started after training together for 6-7 months. Tomorrow is the day when we have to leave everything on the field. Our full focus is on the matches ahead and nothing else matters to us,” the defender said.She continued, “We have to sleep and rest well today. All the players are feeling strong physically and mentally. We have worked hard on our endurance levels through gym and running sessions. We will give our opponents a good fight tomorrow. “Dennerby said, “We showed last week against Sweden that we can match up against one of the best teams in the world. Everyone is looking forward to the game tomorrow and all of us are ready.”

“Of course, India will qualify for the quarterfinals. Everyone starts from zero points. It will be a huge success if we reach that stage!” he added. Astam, who hails from Gumla district in Jharkhand, lauded the support provided by the Governments of Odisha and her home state. She averred, “The Government of Jharkhand has helped a lot during our training time in Jamshedpur. The same goes for the Government of Odisha — everything is well-organised, the facilities are excellent and the overall environment is extremely positive. We are really happy about everything. “Dennerby also reserved a special word of praise for the India U-17 men’s national team, which secured its third successive qualification to the AFC U-17 Asian Cup in the early hours of Monday. “It was super fun to see them play! A huge congratulations to the team and staff. They have done a really good job and all of us are happy to see them progress as we are all working towards the same aim of taking Indian football forward together,” Dennerby concluded. The kick-off slated at 8 PM IST.