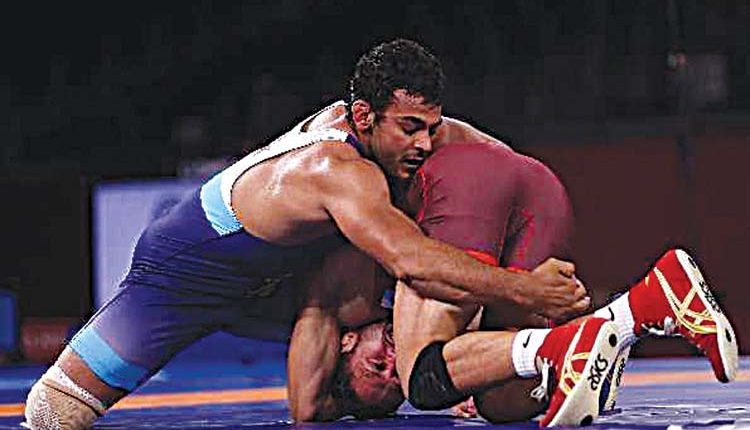 Sofia, Aug 17 (Agency) India men’s freestyle wrestlers won four bronze medals across weight categories at the World U20 Wrestling Championships.Abhishek Dhaka, competing in the 57kg weight category, lost his quarterfinal against Merey Bazarbayev of Kazakhstan 5-1 but fought through the repechage to clinch the bronze medal on Tuesday. Dhaka beat Andreas Parotsidis of Greece via technical superiority 12-2 in the repechage bout and defeated Ukraine’s Heorhii Kazanzhy on points 8-5 in the bronze medal contest. Sujeet, who won gold at the seniors Zouhaier Sghaier Ranking Series in Tunisia last month, defeated Ukraine’s Mykyta Zubal in the men’s 65kg category by technical superiority 12-1 to claim the bronze. He had won all three bouts till the quarterfinals without conceding a point but lost to Ziraddin Bayramov of Azerbaijan 6-2 in the semifinal.

In the 70kg, Mulaym Yadav narrowly went down to lose 5-3 to eventual gold medallist Kanan Heybatov of Azerbaijan in the semifinals. But he went on to win bronze after defeating Gigi Kurkhuli Georgia via technical superiority 12-2. In the 97kg, Neeraj lost 8-1 to eventual gold medallist Benjamin Allen Kueter of the USA in the quarterfinal. However, he bounced back with technical superioiry 10-0 win over Moldova’s Dmitrii Duscov in the repechage before registering a dominating 18-10 victory against Luka Khutchua of Georgia to win the bronze medal playoff. Deepak (79kg) and Jointy Kumar (85kg) were eliminated in the qualification rounds while Akash (92kg) lost in the round of 16.