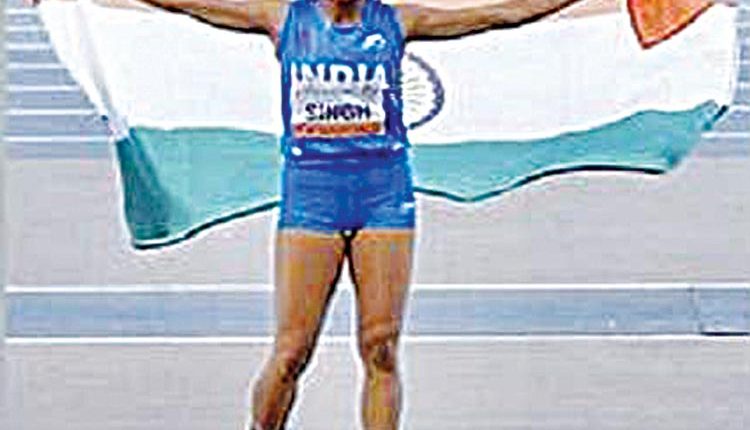 Nairobi, Aug 23 (Agency) India’s Shaili Singh won the silver medal in the women’s long jump with a 6.59m effort at the World Athletics U20 Championships, here on Sunday. Shaili’s personal best effort of 6.59m was not enough as she missed out on the gold medal to Sweden’s reigning European junior champion Maja Askag (6.60m) by 0.01m on the final day of the championships. Ukraine’s Mariia Horielova won the bronze medal with a 6.50m jump. This was India’s third medal of the event after Amit Khatri’s silver in men’s 10000m race walk and the bronze medal in 4x400m mixed relay.

It is also India’s first-ever long jump medal in the World Athletics U20 Championships. Meanwhile, the Indian team of Payal Vohra, Summy, Rajitha Kunja and Priya H Mohan came fourth in the women’s 4x400m relay final with a timing of 3:40.45s in their first race of the season. Teenager Donald Makimairaj missed out on bronze medal in men’s triple jump as he finished fourth with a personal best jump of 15.82m. It ultimately proved to be 0.03m short of a podium finish. Another Indian in the competition, Ankita finished sixth in the women’s 5000m final, clocking 17:17.68s. This was the final day of the World Athletics U20 Championships and India finished 21st on the medals table with three medals – two silver and one bronze. This was India’s best-ever haul at any single World Athletics U20 Championships. The country had however won one gold each in the earlier two editions – by Olympic champion javelin thrower Neeraj Chopra (2016) and quartermiler Hima Das (2018).