Thumbs Up celebrates 100 years of India at the Olympic Games 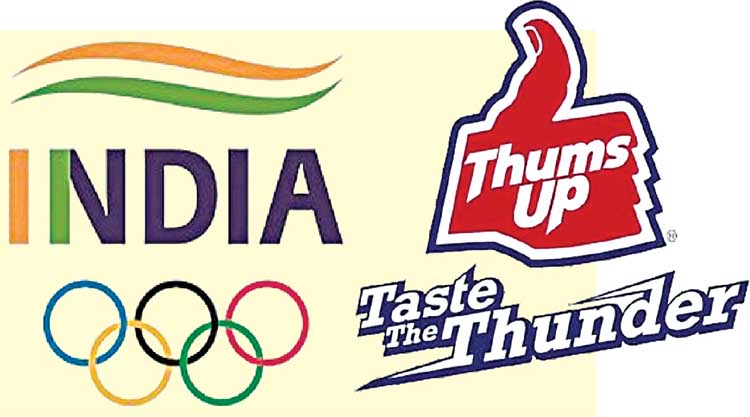 New Delhi, Jul 6 (FN Bureau) The Coca-Cola Company’s home-grown brand – Thumbs Up, has announced its worldwide partnership with the Olympic Games to be held in Tokyo, next month. As India enters its 100th year of participation at the Olympic Games, Thumbs Up aims to celebrate and salute the real heroes of the Olympic Games – athletes who overcame tremendous odds to reach where they are today. Thumbs Up – an Indian brand from the Coca-Cola beverage portfolio, has come to the forefront and partnered with a major global event like the Olympic Games.

The Coca-Cola Company has a long history of sponsoring major sporting events, organizations and projects around the world. Through its eight-decade long association, it is the longest continuous corporate partner of the Olympic Games. Other sporting partnerships include four decades with FIFA and nearly 25 years with World Cup Rugby. These long associations with sporting events underscore the Company’s philosophy of endeavoring to be a part of their consumers’ lives and their passions.

As an ode to the athletes and their arduous journey towards this pinnacle of sporting excellence, Thums Up will be unveiling a creative and innovative marketing campaign. This will entail a series of video content along with marketing stories for digital and social media which will keep the audiences connected with the Olympic Games in real time. As part of the campaign, special athlete packaging will be rolled out that will give consumers a chance to own a piece of history. The content will share a glimpse of the stories of struggle of our Olympians – Bajrang Punia (wrestler), Manu Bhaker​ (shooter), Vikas Krishna Yadav (boxer), Deepika Kumari (archery), Atanu Das (archery), and the Indian Shooting Team who battled everyday odds but still retained the faith and strength to persevere and become heroes in the real world. In the face of these challenges, the protagonists show the pessimistic world a ‘thumbs down’ by turning an empty Thums Up bottle upside down against the backdrop of the inspirational tagline – Toofan wahi jo sab #PalatDe (the real storm is one that turns everything upside down). The uplifting tone of the campaign perfectly complement Thums Up’s repositioned brand message of resilience and real heroism of everyday people.