They’ve been outstanding: Williamson praise bowlers ahead of SF 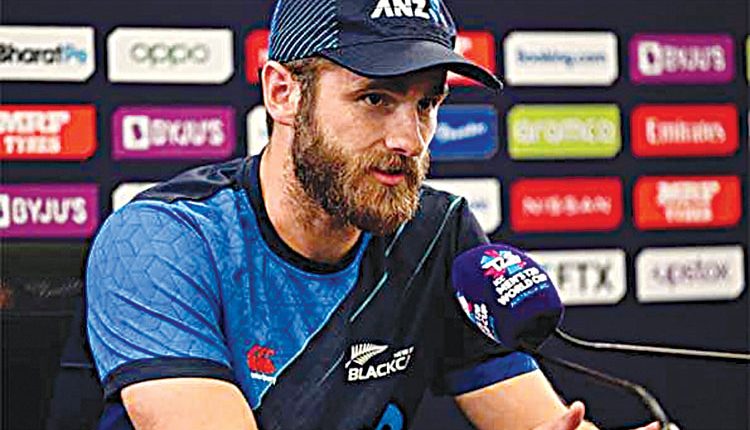 Sydney, Nov 8 (Representative) New Zealand captain Kane Williamson was full of praise for his bowlers ahead of their crucial T20 World Cup semifinal clash against Pakistan here at the SCG on Wednesday. Williamson thinks the consistency of his bowlers also played a pivotal role in their journey to the semifinals. The BlackCaps have been outstanding in the Super 12s and finished at the top of Group 1. “I mean, they’re experienced players for us. They’ve played for us a long time, whether that’s taking wickets or, in particular, adjusting to conditions which certainly we need them to come to tournaments, world events, that’s a big part of playing,” ICC quoted Williamson as saying in the pre-match press conference on Tuesday. “So they’ve been outstanding throughout this tournament. And tomorrow we’re at another venue against another opposition, and we’ll have to make those adjustments again,” he added.Three of the five bowlers New Zealand has used in this tournament have maintained an economy rate of less than seven. Tim Southee (6.35), Mitchell Santner (6.43) and Ish Sodhi (6.78) have been outstanding. Only Lockie Ferguson (8.13) and Trent Boult (7.18) have been a little expensive but they have also done the job for the Kiwis as they have been real wicket-taking forces. Williamson also went on to talk about the venue and the conditions.

They have played in Sydney twice in this tournament already but he doesn’t think it’s going to be an advantage for them going in the match tomorrow. “I suppose it’s kind of interesting, the first game we played here, the wicket was a very good one. And then the second time we played here it had changed. And sometimes you can take perhaps what you were expecting the wicket to be like in the first game and think it would behave in the same way, which it didn’t,” Williamson said. “Whether that’s a disadvantage or an advantage, it’s sort of hard to know. Both teams have played here. So we need to focus on our cricket really and the plans we want to look to execute and make sure we do adjust to the conditions and try and play smart,” he said. The 32-year-old is well aware of the strength of Pakistan’s pace attack and understands that their batters really need to be at the top of their game while facing them. “They’ve got an outstanding pace attack. Like I mentioned, they’ve been playing really good cricket. They’ve got very experienced players on their side, who are match-winners. So, that’s a real strength for them,” he said.New Zealand have been a really consistent side when it comes to ICC events. They were the runner-ups in the 2019 ODI World Cup and also in the T20 World Cup last year. When asked about the secret behind their consistency in major tournaments, Williamson said: ” “You come to these tournaments, and as we’ve seen, all teams can beat each other and it’s definitely a pretty exciting event. I guess you’re going through it trying to adjust to conditions as quickly as possible, make those changes to the different opposition and really go out and try and express yourselves.”It’s been nice that we’ve been able to see that throughout this competition. And certainly, want to be doing that again tomorrow.”