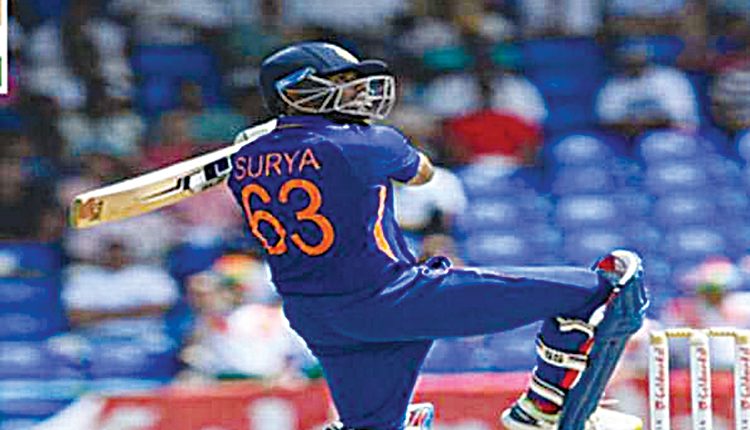 Dubai, Aug 3 (Agency) India batter Suryakumar Yadav made remarkable gain in the ICC Men’s T20I Player Rankings, surging up to grab the second spot in the latest batting list. The ICC released the weekly update of the rankings on Wednesday and Yadav surged up three spots to second overall on the T20I list for batters, with Babar now just two rating points ahead of the in-form right-hander. Babar Azam is in danger of losing his mantle as the best T20I batter in the world after emerging India star moved within striking distance of the Pakistan captain, who is just two rating points ahead of the in-form right-hander, on the batting chart.

The 31-year-old India batter has been in fine form during their ongoing T20I series against West Indies and his latest exploits with the bat has seen him rewarded on the latest rankings update. Pakistan veteran Mohammad Rizwan (third), South Africa’s Aiden Markram (fourth) and England left-hander Dawid Malan (fifth) all dropped a place due to Yadav’s jump. In the bowling chart, South Africa spinner Tabraiz Shamsi jumped one place to second overall on the latest T20I bowler rankings on the back of his strong showing during the Proteas’ series against England with Afghanistan superstar Rashid Khan dropping to third as a result.