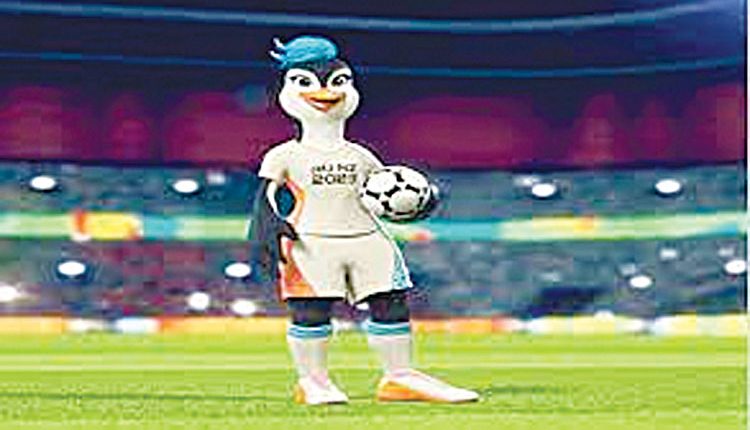 Zurich (Switzerland), Oct 20 (FN Agency) Two-time FIFA Women’s World Cup champion Carli Lloyd headlines a star-studded line-up of FIFA Legends at the Draw for the FIFA Women’s World Cup Australia & New Zealand 2023 in Auckland/Tamaki Makaurau on Saturday. The line-up of draw assistants features former Football Fern Maia Jackman and former Matilda Julie Dolan, along with former England international and TV/radio personality Ian Wright, FIFA World Cup 2002 winner Gilberto Silva from Brazil, Alexi Lalas from the USA, and former Cameroon star Geremi. Lloyd is one of the draw conductors along with CNN sports anchor Amanda Davies. Together the duo will lead the technical component of the event, which will start at 19:30 local time (08:30 CET) on Saturday. Lloyd says the draw is a moment that all players, coaches, teams and fans look forward to. “Given the expanded format in 2023, there’s going to be even more excitement globally when the eyes of the football world focus on Auckland this Saturday.

With new nations participating in the FIFA Women’s World Cup for the first time, I am excited to play a part in a draw that will bring smiles to faces in every corner of the globe” said Lloyd. Wright says he is thrilled to be involved in the draw for what will be the biggest ever FIFA Women’s World Cup. Wright added, “It’s been a joy to see the continued growth of the women’s game. Sharing the stage with women’s football pioneers from Aotearoa New Zealand and Australia, greats of the global game, and leading sporting identities from both Host Countries will be an honour, as together we celebrate a big milestone on the path to the first-ever FIFA Women’s World Cup featuring 32 teams” Adding some local flavour to the evening are Olympic gold medal snowboarder Zoi Sadowski-Synnott from Aotearoa New Zealand, and Australian swimmer Cate Campbell, a triple Olympic gold medallist. Sadowski-Synnott and Campbell will be draw assistants alongside Jackman, Dolan, Wright, Gilberto, Lalas and Geremi.

The presenters for the evening have been confirmed as Sky Sport’s Kirstie Stanway and Channel 7’s Mel McLaughlin. Around 800 guests will be in attendance including the FIFA President and Secretary General, Aotearoa New Zealand Prime Minister Jacinda Ardern, Australian Federal Minister for Sport Anika Wells, representatives from the qualified teams, FIFA Legends and international media. The draw builds anticipation for football fans around the world as they find out who and where their teams will play in their three group stage matches. The 32 teams (including three to be confirmed in the inaugural play-off tournament in February) will be allocated into eight groups of four. Ticket packages for the FIFA Women’s World Cup 2023 are currently on sale, and single match pass tickets will be available from October 25.

Brdaric asks Chennaiyin to play with same intensity against Goa