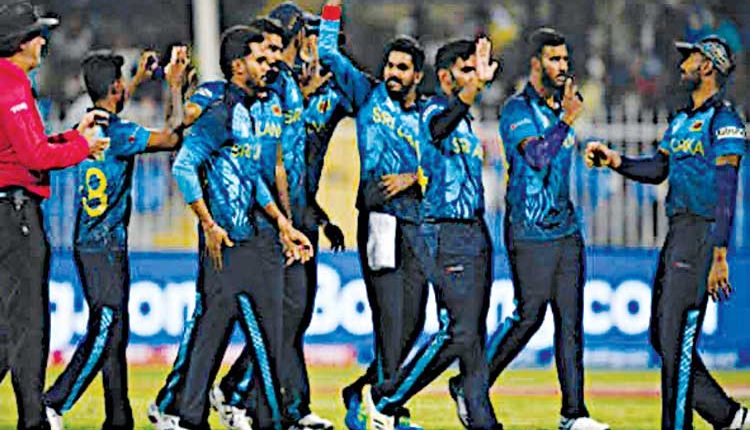 Sharjah, Oct 22 (FN Agency) Sri Lankan bowlers came at full force on minnows Netherlands, who were defeated by eight wickets after getting bowled out for mere 44 runs in final Group A encounter of T20 World Cup’s first-round here on Friday. Pacer Lahiru Kumara (3/7) and spinner Wanindu Hasaranga (3/9) did heavy damages to a hapless Dutch batting that never had a say in the game. Lankans, who chased down the total by the eight overs, have already qualified for the Super 12 and finished as the topper of the group. Opting to bowl first, Lanka’s mystery spinner Maheesh Theekshana pushed the Netherlands to the backfoot early with two wickets in his first over.
The young tweaker removed Stefan Myburg (5 off 5) and Ben Cooper (9 off 8) off carrom balls after in-form Max O’Dowd (2 off 3) was run out of a direct hit by skipper Dasun Sanaka.

Newly-in Colin Ackermann (11 off 9) took an offensive stance to counter the Lankan bowling attack with a quick boundary and a six. However, the batter fell right after to Hasaranga; leaving the side in deep trouble at 31/4 in 4.3 overs. Ackerman was the only batter to score in double-digit on the night as the remaining of the Dutch wickets fell for just 13 runs in the next 33 deliveries. This was the Netherlands’ second-lowest total with their lowest being 39 all out against the same opponents back in 2014 at the World T20. Chasing the total, Sri Lankan top-order reached the target in the eighth over after losing two wickets. Opener Kusal Perera did the bulk of scoring in the mini chase with a 24-ball 33; hitting six boundaries. Brandon Glover (1/12) and Paul van Meekeren (1/20) earned the two consolatory wickets — Prathum Nissanka (0) and Charith Asalanka (6) respectively — for the losing side.