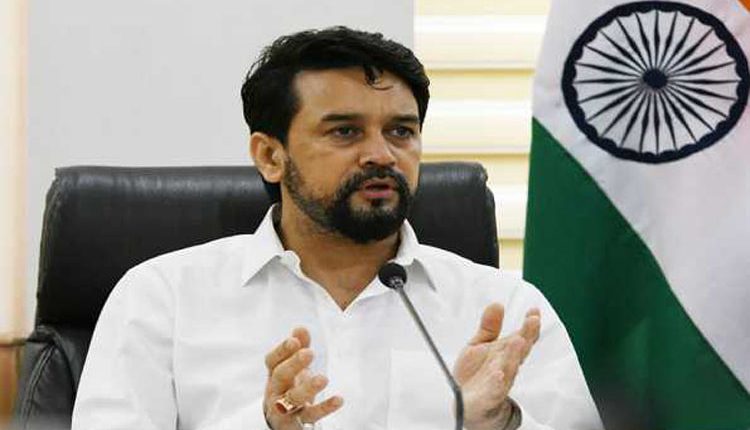 New Delhi, Jul 12 (Agency) Sports Minister Anurag Thakur on Monday chaired the 7th meeting of the high-level committee to review the preparation of the Indian team for the upcoming Tokyo Olympics. The meeting was also attended by his deputy Nisith Pramanik and the officials of the sports ministry, Sports Authority of India (SAI), and the Indian Olympic Association (IOA). Notably, it was Thakur and Pramanik’s first meeting after taking charge of the sports ministry last week. Thakur took charge as sports minister from Kiren Rijiju last week following a cabinet reshuffle by Prime Minister Narendra Modi.

Besides, Thakur also discussed with the officers the progress of #Cheer4India campaign and the preparations for the interaction of PM Narendra Modi with Olympic-bound athletes on Tuesday. Modi will interact with the athletes virtually in his bid to motivate them ahead of the Tokyo Olympics which will be held without any spectators from July 23 to August 8. The interaction will be telecast live on Doordarshan and various government social media platforms.