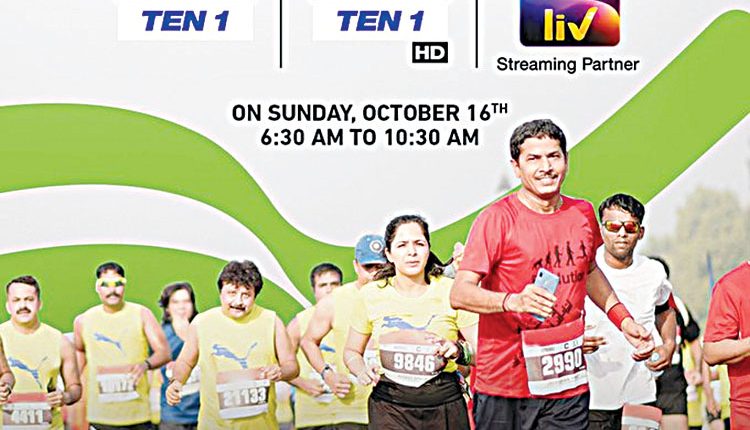 Mumbai, Oct 13 (Agency) Sony Pictures Networks (SPN) on Thursday said that it has acquired the exclusive broadcast rights for the world’s most prestigious Vedanta Delhi Half Marathon 2022, promoted by Procam International. The event will take place on October 16. With the partnership, SPN will get rights to televise the 17th installment of the race on its sports channels, SONY TEN 1 and SONY TEN 1 HD channels, across the Indian subcontinent, including Afghanistan, Bangladesh, Bhutan, Maldives, Nepal, Pakistan, and Sri Lanka. The association will also allow SPN to live-stream the event on its premium OTT platform, SonyLIV.

The Vedanta Delhi Half Marathon is one of India’s largest sports philanthropy platforms and building on this legacy, the title sponsor Vedanta Limited has pledged 1 million meals for its #RunForZeroHunger campaign. The event has announced the legendary runner Haile Gebrselassie as their international event ambassador. The running royalty, who has won two golds at the Olympics and eight World Championships, will encourage thousands of runners from the city and the world to help drive awareness around the topic.

The race is estimated to attract thousands of runners across different race categories, out of which 20% of participants are expected to be women. To further increase the intensity of the competition and build excitement around the race, the organizers have announced the participation of Two-time 5,000 m World champion Muktar Edris of Ethiopia along with Reigning World 3,000 m Indoor Champion Lemlem Hailu. With 10 runners in the Elite men’s category under the one-hour mark, the course record is under threat, after both the men’s and women’s marks were obliterated in 2020.

We need to fight it out against Morocco to stay alive: Dennerby