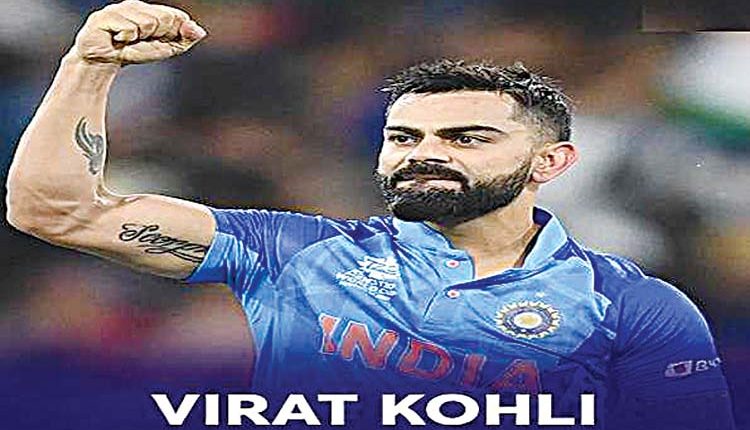 Sydney, Oct 28 (FN Agency) Partnerships matter, and there are few better in the world right now than India’s engine room of Virat Kohli and Suryakumar Yadav (SKY).As with all good batting pairings, Kohli and Yadav are a classic example of yin and yang, light and shade, fireworks and finesse. For while the legendary Kohli is capable of explosive power, his strength lies in the volume and consistency of his run-scoring at number three.Kohli already has 144 runs and two half-centuries to his name in the Super 12 stage and is yet to be dismissed, continuing his extraordinary record at ICC Men’s T20 World Cups, in which he has scored 989 career runs in 21 innings at an average of 89.90 so far. Slotted in at number four in the batting line-up, India possess the perfect yin to partner Kohli’s yang – a boundary-hitter with a world-class record.In 2022 no batter in men’s T20Is has scored more runs than SKY’s 867.

And he has hit those runs at a remarkable strike rate of 184.86. Of front-line batters among the full member nations, only Jimmy Neesham has a higher strike-rate in the calendar year, with the New Zealand finisher’s runs coming in a totally contrasting role and in only a quarter of the volume. Those two sets of figures alone are enough to set a superb platform for any T20 side, but the beauty of SKY and Kohli is that they dovetail perfectly together at the crease. And they did so once more against the Netherlands on Thursday, putting on an unbeaten partnership of 95 not out in just 48 balls to lift India to 179/2, a total that proved too much for the Dutch to chase. “It’s a very good camaraderie, and I’m really enjoying batting with him right now,” SKY said of his relationship with Kohli after the game. “He just clears your thoughts. I mean, when I was batting and when I was a little confused whenI was inside, he was just coming up to me and telling me what delivery can you expect now fromthat bowler.”

Astonishingly, the pair’s partnership of 95 not out wasn’t even in their top three in 2022. It has been a fruitful run-fest when Kohli and SKY have been in the middle together of late. The two put on an unbeaten 98 not out against Hong Kong in the Asia Cup in August, 104 together against Australia in September, and 102 against South Africa earlier this month. Unsurprisingly India won all three of those matches. “I feel we respect each other’s game when we are batting together,” SKY said. “For example, if I am getting a few boundaries from one end, then he tries to rotate and to keep the intent to look for good shots.“We just enjoy batting with each other and what shots he plays. We try to run hard as much as possible.“So it’s a great thing, and I’m really looking forward to having more partnerships with him.” The next test of the two Indian batters will come against South Africa on Sunday, with Group 2 matches against Bangladesh and Zimbabwe to follow before a possible semi-final.

Why two Indians disappeared in Kenya