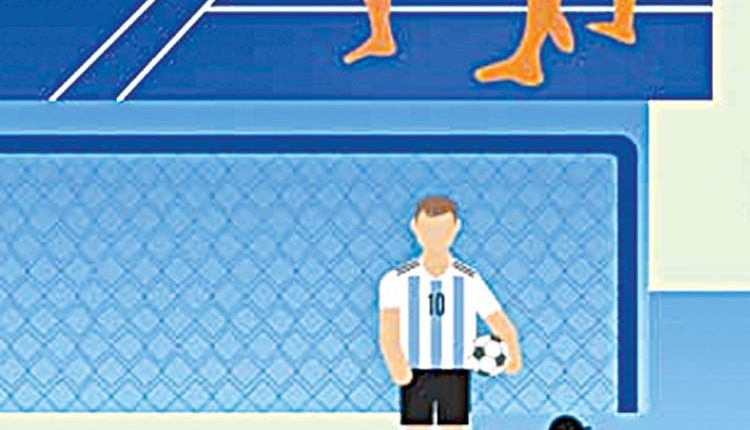 Chennai, Oct 28 (Representative) Roanuz, a leading Indian AI-based sports-tech company, today announced the launch of its data-driven fantasy sports coverage. Alagappan Vijayakumar, one of India’s top fantasy gurus, will use Roanuz’s sports data to take fantasy game calls and predictions to new heights, according to Anto Binish Kaspar, founder and CEO of the firm. On where it makes a difference, Kaspar said “normally a fantasy player spends 2-3 hours on a game to get the required data and make informed decision. Our goal is to ease their workload and help them build smart and effective fantasy teams in 15 minutes and win contests”, he said, according to a company release here. The company hopes this will make Roanuz the go-to platform for fantasy gamers, regardless of format: daily, season-long, auction, draft, second innings, 2-3-4 player fantasy. The venue guides and tournament previews Roanuz already released have received widespread acclaim on social media among fantasy gamers and it is expected to grow exponentially in the coming days, he said.

Hemang Badani, former Indian cricketer and one of India’s most successful domestic head coaches, will be mentoring the project. Team Roanuz believes that bringing in someone like Badani, who has extensive playing and coaching experience, will complete what is already a fantastic team assembled to carry out the project. The release said Badani is well-known in the Indian cricket circuit as one of the most up-to-date and modern cricket coaches. Hemang Badani is the fielding coach of SunRisers Hyderabad and batting coach of SunRisers Eastern Cape. Hemang also coaches Chepauk Super Gilies, a four-time champion and the most dominant team in the India’s top domestic T20 league, TNPL and two time champion of Lanka Premier League. His use of power hitters for CSG, strong draft performances year after year, unearthing local talents and the general intent with which his team bats are all highly regarded in the TNPL. Having Hemang Badani who is such a modern coach for T20 leagues across the globe to guide their operations is seen as a significant advantage for Roanuz’s ambitions.

“As someone who uses a lot of data with the teams I coach, I am delighted to be associated with a potentially market-changing project like this,” Badani said of the collaboration. Alagappan Vijayakumar describes their service as “everything you ever needed as a fantasy player.” He said the first edition of the service will provide users with all of the basic things that are already available in the market—Predicted Playing XIs, Fantasy XIs, Captaincy and Vice Captaincy picks, differentials, budget picks—but at a much higher quality and accuracy, and will also step up where the market currently lacks, which he identifies as the kind of information fantasy gamers need to create 8-10 combinations of fantasy teams. He believes one can only do so by deconstructing the game’s expected occurrences and using Roanuz’s extensive venue and player stats to break down every phase. This puts Roanuz’s fantasy gaming efforts in context, but we also asked him to outline the predictions side of the project and what fans should expect. He said the service will be able to predict anything from “who is likely to win the game” to “runs to be scored by an individual,” “boundaries and runs in an innings,” and more.

In partnership with Prasanna, the creator of the pioneering prediction series ‘Predictor Prasanna’, the service has generated 65 predictions with an astonishing 75% success rate. Readers can use these to improve their understanding of the game and chances of winning the league. Adding to this latest prediction feature roll out within Roanuz, Binish Kaspar said “there is enough demand already for the solution we offer. Our strategy is to continue the innovation on sports-tech which keeps us ahead of anyone in this industry. What we would like to do is, create awareness to more inventors, businessmen, sports enthusiast on what’s possible to achieve with the big data we have curated, A.I powered answer and live stats.” “Currently, we do not have many platforms that educate users based on the statistics of the players and provide the right selection of players. Users have to rely on the data provided by news websites and other third party apps to get basic insight that is not always very helpful in choosing the right team”, he said, adding, Roanuz’s match winning predictions will help the fantasy gamers by helping them select the team that has higher winning probability.