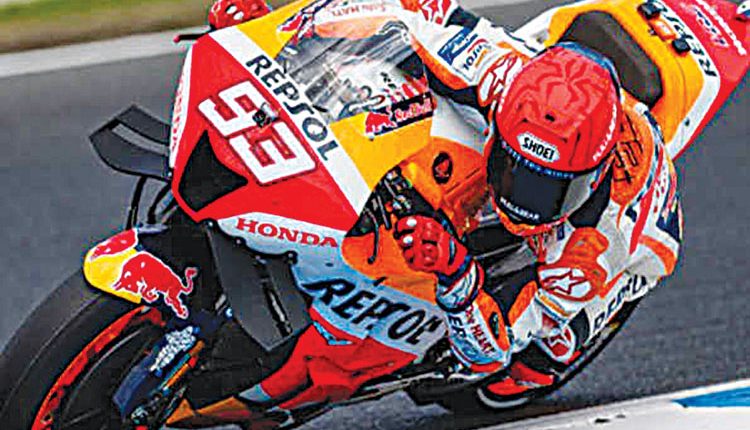 Sepang, Oct 19 (Representative) The flyaway tour of the MotoGP season is set to come to a close here at the Sepang International Circuit Just two races left in the 2022 MotoGP season and the Repsol Honda Team are determined to continue their recent upward trend. A return to the Malaysian venue will give both Repsol Honda Team a unique chance to assess the development of the Honda RC213V from throughout the year. Marc Marquez arrived in Malaysia in ever-improving form and fresh from his 100th premier class podium finish. The eight-time World Champion pushed for the victory in Australia until the final corner as his physical condition continues to improve and he is able to demonstrate more and more of his true potential. The intense heat and humidity of Sepang will present another physical trial, but he is ready for the task and to once again battle for the best result possible. The return to Malaysia will give all involved valueable data to see how both rider and machine have developed since the pre-season. Marquez has twice won the Malaysian GP in the premier class. “Australia is a unique track so we can’t expect to be fast straight away and we always see everyone very strong in Sepang because there is a lot of data from the tests. As always it’s about arriving to the track, testing some things and seeing what the situation is.

The recent results are a big motivator for me and the team so now is the time to keep working and end the season as well as we can,” Marquez said.Malaysia hold positive memories for Pol Espargaro after he completed a strong pre-season test there earlier this year. Flashes of speed have continued to show throughout recent races for Espargaro, Qualifying still stands as one of the most limiting factors come Sunday with solid race pace.Espargaro has taken four top-ten finishes in the MotoGP class with a best result of sixth in 2014.Espargaro said: “Malaysia was a track where we were really strong at the start of the year, in testing our pace was one of the best there. But the situation in MotoGP has changed and we will need to work a lot to be strong here again this weekend. We are able to reach a good level quite quickly in the weekend it seems but we need to work on making this next step to stay with the top ten to ensure we can be there when it counts. “The penultimate round of the 2022 MotoGP World Championship season will begin with Free Practice 1 at 10:50 Local Time on October 21. The 20-lap Malaysian Grand Prix will commence at 15:00 Local Time. Expect the 5.5-kilometre-long circuit to be hit frequently by the typical Malaysian afternoon rain showers.

Uber teams up with Adani Airports