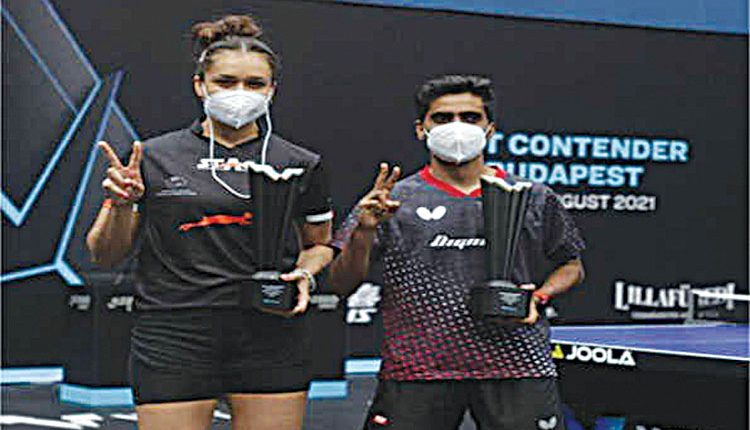 They came back to tie the score at 8-8 and then 9-9 before two errors allowed Ecseki-Madarasz to win the second game. In the closely contested third game, the Indian pair was leading 9-7 but conceded the next three and were down a game point. However, Manika Batra and G Sathiyan called for a timeout and it turned the tide. The Indian duo recovered and won the game 12-10. Manika Batra and G Sathiyan carried the momentum into the fourth game, with their superior serves and measured returns forcing frequent errors from the Hungarians. It won them the fourth game comfortably and with it, the mixed doubles title.

They were the only Indian players in action on the final day of the WTT Contender Budapest. Sathiyan Gnanasekaran was knocked out in the second round of the men’s singles while Manika Batra had bowed out in the semi-finals of the women’s singles after losing in straight games to Elizabet Abraamian of the Russian Olympic Committee (ROC). The WTT Contender Series is a part of the revamped ITTF calendar launched this year and features two tiers of events — WTT Star Contender and WTT Contender. The events carry world ranking points that help players to progress through the new structure into WTT Champions and Grand Smash events.

Viacom18 gets broadcast and digital rights for Italian Serie A