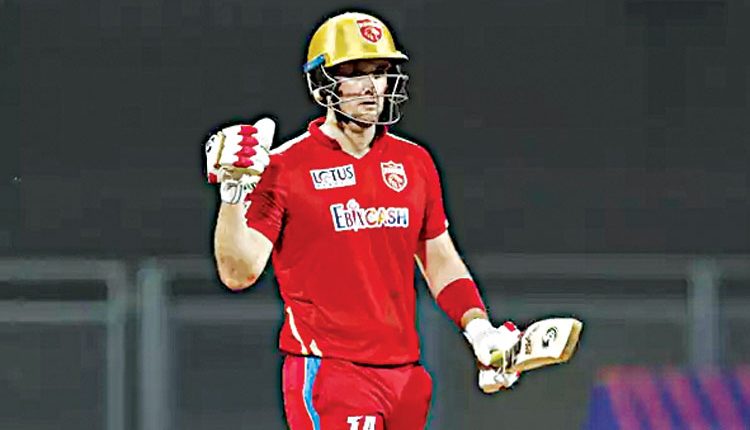 Mumbai, May 22 (Agency) Liam Livingstone’s fiery, unbeaten 49 secured a winning end to the season for Punjab Kings as they chased down Sunrisers Hyderabad’s 157 for 8 with 29 balls to spare. Inspite of the fighting sixth-wicket stand between Romario Shepherd and Washington Sundar at the death, SRH posted a sub-par total to bow out with the eighth defeat of their season. Though Jonny Bairstow’s attempts to haunt his old teammates was nipped in the bud by Fazalhaq Farooqi, Shikhar Dhawan gave the chasing side some early impetus when he went after Jagadeesha Suchith in the sixth over to take PBKS to 62 for 1 in 6 overs.

SRH were poised to blaze away but left-arm spinner Harpreet Brar had other ideas. He began with a wicket off a leg side freebie that Tripathi hit straight to short third man but then dismissed Abhishek as well as Aiden Markram. In between Abhishek and Markram’s departures was the exit of Pooran, who fell for a 10-ball five off Nathan Ellis. At the 16 over mark, SRH were down to 99 for 5 and staring at an embarrassingly sub-par total. Thanks to Sundar and Shepherd! The pair started off by carting 17 runs off Ellis in the 17th over that came right after the strategic timeout. While Sundar saw through Ellis’s change of pace, Shepherd swung hard against shorter lengths to clear the square leg fence. Washington reserved the best shot of the night for a ball from Kagiso Rabada, launching it over wide mid-off with a stylish uppish drive. Sundar also sneaked in a cheeky scoop shot and Rabada bowled a wide for a four in a 19-run over that suddenly gave SRH the sort of lift they desperately needed. The last two overs went for 12 and 10 as Sundar finished with 25 off 19 and Shepherd managed 26 off 15 – but their superlative efforts proved inadequate on the night.
Brief Scores: Sunrisers Hyderabad 157/8; Punjab Kings 160/5.