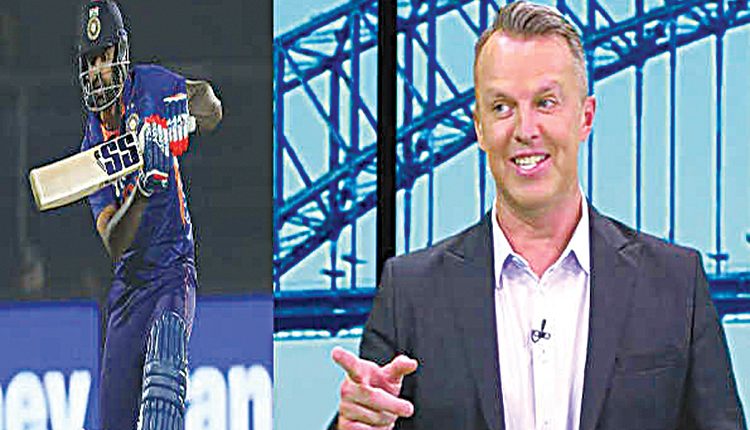 Kolkata, Nov 2 (Representative) The ICC Men’s T20 World Cup 2022 is at the business stage of the tournament and teams are going into overdrive to showcase their best performances to progress ahead in the tournament. KL Rahul, who has yet to get his World Cup campaign off to a flyer, will be looking to change that when India square off against Bangladesh in their Group stage match on Wednesday. The conditions at Adelaide are highly suitable for batting, making it an ideal venue for KL Rahul to come back to form. Another player who will be licking his lips at the sight of the pitch at Adelaide is Virat Kohli, who has had a great record at this venue. Speaking exclusively on Star Sports show ‘Game Plan’, former England spinner Graeme Swann spoke about KL Rahul’s form and whether there is anything holding him back from performing at the ICC Men’s T20 World Cup 2022, “I don’t think there is. I think he’s just out of form. He looked like he was getting back in form at Perth when he smashed one out of the ground, but then, he ran one down to slip. So, it’s just a batsman, who’s trying to play the ball too late at the minute.

He needs to get on the front foot more, hit the ball and really watch the ball hard. You definitely can’t drop him, KL Rahul is a potential super star in the World Cup final. I’d stick with him as Adelaide’s a beautiful batting wicket, so make hay,” he said. Swann further spoke about how Virat Kohli would be eyeing the conditions at Adelaide as theyare very suitable for batting and how he may use the grounds dimensions to his advantage, “Well,I could only imagine how it makes you feel as a batsman, because I never quite had that. But,I know Adelaide as a bowler. You get intimidated, it’s such a good batting wicket.” “The square boundaries are very small, smaller than a lot of Indian grounds, tiny, but the straight boundaries are enormous. So, you desperately try and bowl straight to get the guys hit you down the ground. But as soon as people eye those square boundaries, and Virat is a master doing that, his cover drive, and then flicking and pulling, it’s a horrible place to bowl. I think Virat is going to probably score some big runs,” he said.