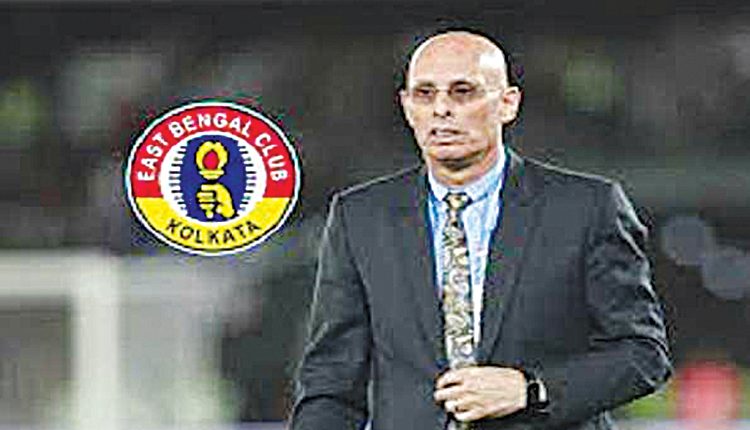 Kolkata, August 5 (Representative) City soccer giants East Bengal’s New head coach Stephen Constantine on Thursday said he has not come here to lose and would like to be as successful as he was as the gaffer of the Indian national team. Constantine, who landed here on Friday morning, conducted his maiden practice session with the players in the afternoon. Facing the media after the session, the Anglo-Cypriot made it clear that to attain success, the team needed to change its approach and pointed out the lack of choice in some departments. “It’s always good to be on the pitch of course with the fans there. So now that the Covid thing is finished, it’s good to have the fans back. We can now play football before the fans. That’s fantastic,”said Constantine, who has returned to India after a gap of three years. The 59-year-old, under whose coaching India reached the top hundred in FIFA rankings for the first time, exuded confidence of attaining success with East Bengal.

“I didn’t come here to lose. I want to be successful, as I was with the national team. It’s a club, which gives me more time with the players. So I hope that I would be able to produce some talent. fromthe academy, from the reserve team. This is my objective,” he said, answering a question. With the club signing a formal deal with new investor Emami only two days back, the recruitment of players have got delayed, which is not the case with the other leading clubs in the country. Asked what would be his message to the legion of East Bengal fans, Constantine sounded pragmatic. “In order to be successful, things have to happen before the success. We need to do a lot of hard work. /We need to change a little bit of our approach. You see, all the teams have already started for some weeks. You see all the players. They do show a lack of choice in some cases. “But we are going to work as hard as we possibly can. We are going to be competitive. I am not saying we are going to win ISL (Indian Super League) in the first season. but we would ensure(rival clubs) do not want to play against East Bengal,” he added.