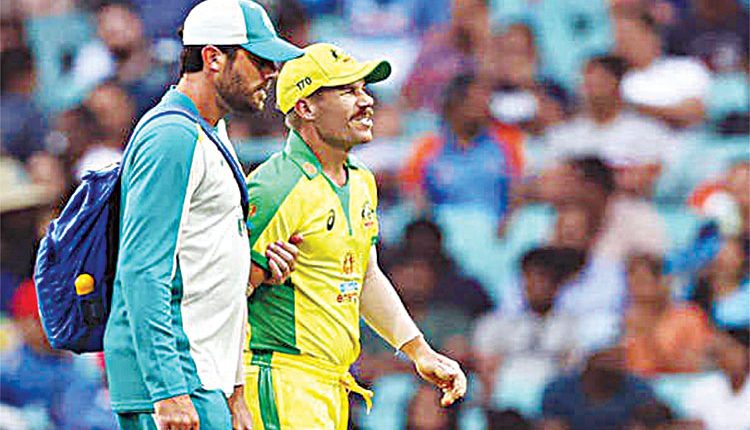 The left-hander was enjoying a brilliant run, registering scores of 69 and 83 in the first two ODIs against India. He has now been ruled out of the third and final ODI and the three T20Is that follow. D’Arcy Short, who was on standby, has been named as Warner’s replacement for the T20I leg. Australia head coach Justin Langer said that Warner would utilise the time to recover, with an aim to get fit in time for the first Test, starting 17 December. Meanwhile, Pat Cummins, the No 1 bowler on the ICC Men’s Test Player Rankings, has been rested ahead of the first Test of the summer. No replacement has been named for the fast bowler. “Pat and Davie are critical to our plans for the Test Series. Davie will work through his injury rehab and in Pat’s case it is important all of our players are managed well to keep them mentally and physically fit throughout what is a challenging summer,’ said Langer.

“The priority for both is being fully prepared for one of the biggest and most important home Test series we have played in recent years, especially with ICC World Test Championship points up for grabs,” he added. Australia, who have already sealed the three-match ODI series with victories in the first two matches will meet India for the final 50-over clash in Canberra on Wednesday. The hosts have also grabbed crucial ICC Men’s Cricket World Cup Super League points and are currently sitting atop the standings table.