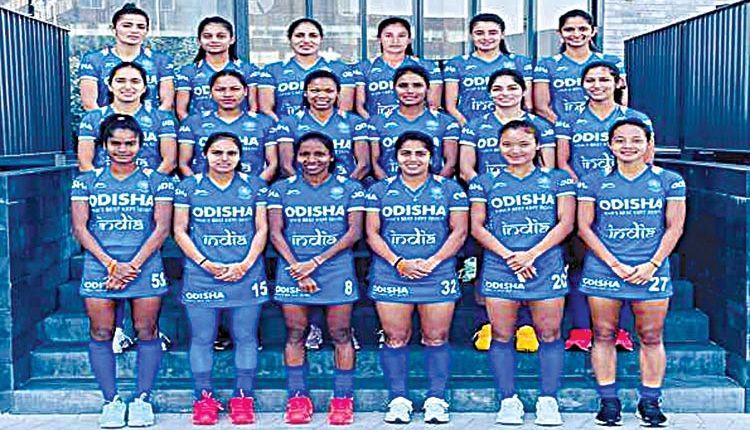 New Delhi, June 23 (Agency) Hockey India on Thursday named an 18-member Indian women’s hockey team for the Commonwealth Games set to begin on July 28 in Birmingham, England.India is placed in pool A along with England, Canada, Wales and Ghana. It will begin the campaign on July 29 against Ghana.The team will be captained by Savita and vice-captained by defender Deep Grace Ekka. The squad includes goalkeepers Savita and Rajani Etimarpu, defenders Deep Grace Ekka, Gurjit Kaur, Nikki Pradhan, Udita has been named in the squad along with midfielders Nisha, Sushila Chanu Pukhrambam, Monika, Neha, Jyoti, Navjot Kaur and Salima Tete.

The forward features the experienced Vandana Katariya, Lalremsiami, Navneet Kaur and Sharmila Devi and youngster Sangita Kumari.In their previous outing at the Commonwealth Games in Gold Coast, India finished fourth after a loss to England in the bronze medal match. However, after an impressive campaign in their maiden FIH Pro League where they finished overall third behind Argentina and the Netherlands, the Indian team is keen on a podium finish in Birmingham.Chief Coach Janneke Schopman said: “We have chosen an experienced side for the Commonwealth Games and the players believe they have a good shot at a medal this time.

“The team is upbeat after a good outing in the FIH Pro League matches and understand very well that the expectations are high. We would have finished our World Cup campaign only days before the CWG, so it was very essential for us to pick a physically fit team as the recovery time between the two events is just about 10 days,” added Schopman.Indian Women’s Team for CWG: Goalkeepers: Savita (C), Rajani EtimarpuDefenders: Deep Grace Ekka (VC), Gurjit Kaur, Nikki Pradhan, Udita Midfielders: Nisha, Sushila Chanu Pukhrambam, Monika, Neha, Jyoti, Navjot Kaur, Salima TeteForwards: Vandana Katariya, Lalremsiami, Navneet Kaur, Sharmila Devi, Sangita Kumari.

US remained top market for Indian engineering goods in May, shipments to China decline: EEPC India