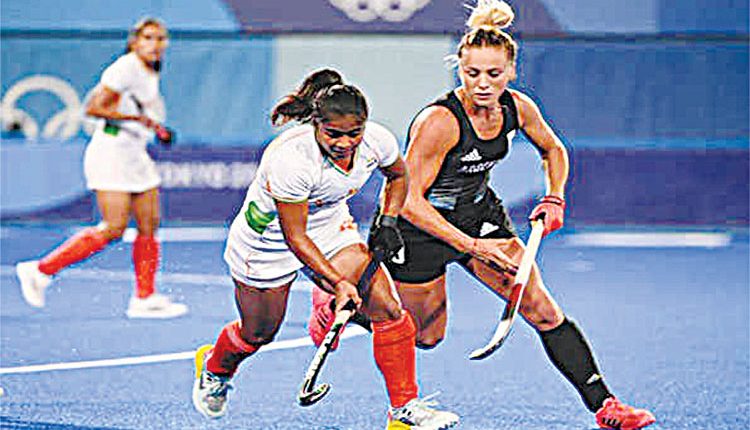 Tokyo, Aug 4 (Agency) Indian women’s hockey went down fighting 1-2 to Argentina in the second semi-finals at the ongoing Tokyo Olympics here on Wednesday. Gurjit Kaur gave India the lead early in the match by converting a penalty corner second minute of the semi-final. Argentina fought back in the second quarter as their captain Noel Barrionuevo scored the equaliser in the 18th minute. In the third quarter, Noel scored again in 36th minute to put India behind.

The Indian team fought hard in the final 15 minutes but Argentina’s experience helped them keep the danger away as the successfully defended their lead. Argentina will now take on Netherlands in the gold medal match on Friday while India play for a bronze medal against Great Britain.