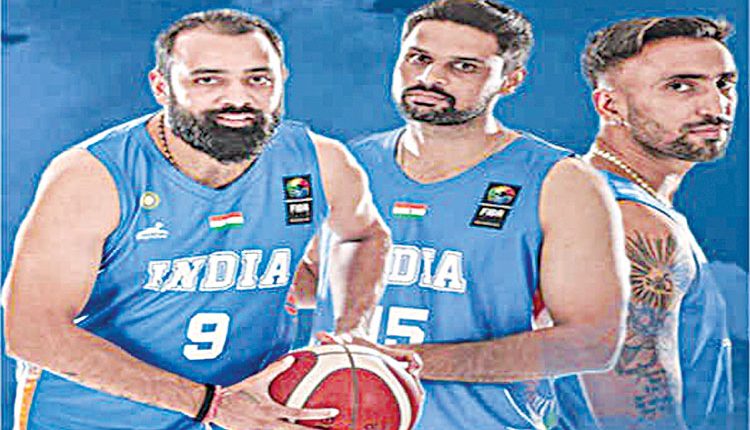 New Delhi, Aug 19 (Agency) The Indian basketball team will take on hosts Saudi Arabia in the final round of the FIBA Asia Cup 2021 qualifiers in Jeddah on Friday. India have been drawn with Saudi Arabia and Palestine in Group H. On Friday, both India and Saudi Arabia will be looking for a winning start as only a top-two finish in the group will ensure them qualification to the main FIBA Asia Cup 2021 tournament which will be held in Jakarta in July next year. India and Saudi Arabia both failed to book their tickets to the main event during the first round of qualifiers after finishing third out of four teams in Group D and Group E, respectively. They needed to finish in the top two to qualify. However, finishing third ensured them a second shot through the final round of qualifiers. India secured the third spot in the first round with a last-gasp 81-78 win over Iraq back in February.

World No 78 India will start as favourites as Vishesh Bhriguvanshi-led team is ranked higher than world No 87 Saudi Arabia. Palestine, the third team in the group, are ranked 83rd. Even in Princepal Singh’s absence, India have named a strong squad with players like Amjyot Singh Gill, Muin Bek Hafeez, Amritpal Singh and Aravind Annadurai on their roster. India head coach Veselin Matic will, however, need to be wary of Mohammed Alsuwailem, Musab Tariq M Kadi, Khalid Abdel Gabar and Ayoub Alhawsawi from the Saudi Arabian squad. Thirteen countries have already qualified for the FIBA Asia Cup 2021. Two teams from Group H (Saudi Arabia, India and Palestine) and one from Group G (Guam and Chinese Taipei) will complete the 16 teams line-up. Since 1965, India have participated in every edition of the FIBA Asia Cup basketball, a biennial tournament, barring 1993 and 1999 and Bhriguvanshi and Co. will be eager to keep the run going. A fourth place finish in 1975 remains India’s best showing at the continental event till date.