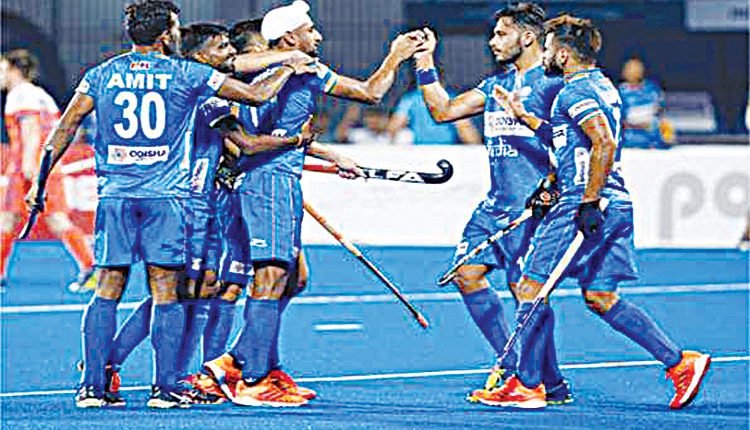 Tokyo, Aug 1 (Agency) The Indian men’s hockey team beat Great Britain 3-1 in quarterfinals match to qualify for the semifinals of the ongoing Tokyo Olympics, here on Sunday. India scored three goals through Dilpreet Singh (7th minute), Gurjant Singh (16th), and Hardik Singh (57th) to register the win. Samuel Ward (45th min) netted Great Britain’s only goal of the match. With the win at the Oi Hockey Stadium, the Indian men’s hockey team ended a 49-year-long wait for a semi-final appearance at the Olympics.

India’s last of the eight Olympic gold medals came way back in the 1980 Moscow Games, but there were no semifinals in that edition as only six teams participated in the event. The last time India played in the semifinals of the Olympics was in the 1972 Munich Games where they lost 0-2 to arch-rivals Pakistan. India will now take on world champions Belgium in the semifinal on Tuesday. Belgium beat Spain 3-1 in another quarterfinal match to seal their place in the last four rounds.

Satish Kumar bows out of Tokyo Olympics after losing in quarters