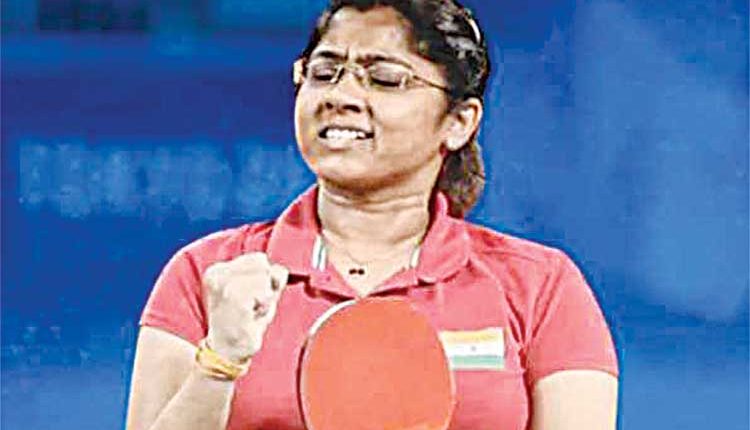 Tokyo, Aug 27 (Agency) Bhavina Patel on Friday scripted history by becoming the first Indian para table tennis player to reach the semi-finals at the Paralympics, securing the first medal for country at the ongoing Tokyo 2020 Paralympics. Competing in the women’s singles class 4, Bhavina outclassed the defending Paralympic champion Borislava Peric of Serbia 11-5, 11-6, 11-7 in the quarter-final match that lasted 18 minutes. The Indian paddler confirmed a medal since this is the first Summer Paralympics in which both losing semi-finalists will be awarded bronze medals.

Earlier, she beat eighth-ranked Joyce de Oliveira of Brazil 3-0 (12-10, 13-11, 11-6) in the round of 16. The 34-year-old will now face London 2012 silver medallist and world No. 3 Miao Zhang of China in the semi-final on Saturday. In the other events of the day, Indian archer Rakesh Kumar shot an impressive 699 points in the men’s compound ranking round to finish third on the table. Rakesh’s compatriot Shyam Sundar Swami ranked 21 with 682 points. China’s Zihao He, with 705 points, set a new Paralympic record. The recurve archers, Vivek Chikara and Harvinder Singh, also performed well on their opening day.

Vivek finished 10th (609) while Harvinder was 21st (600) out of the 31 participants in the recurve ranking round. Jyoti Balyan, the only female archer from India, ended 15th in the women’s compound ranking round despite putting up a season’s best performance of 671 points. Rakesh Kumar and Jyoti Balyan will also team up for the mixed compound team event. They will be up against Thailand on August 29. Meanwhile, India’s first female powerlifter at the Paralympic Games, Sakina Khatun finished fifth in the women’s 50kg final with her best lift of 93kg. However, male powerlifter Jaideep Deswal could not complete any of his three attempts in the men’s 65kg powerlifting. Indian shot putter Tek Chand, meanwhile, finished eighth in the men’s F55 event.

All India U-16 Chess tournaments in Hyderabad from Sept 20; registrations start from Sept 1