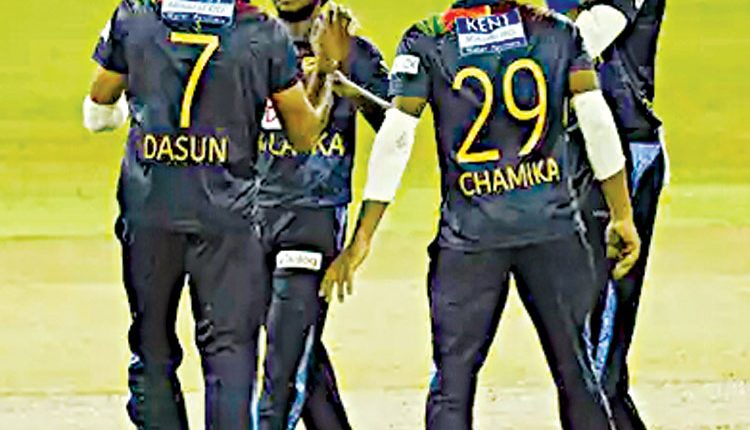 Given India were playing only five specialist batsmen, it was expected that the top order will opt for a cautious approach. In fact, India made a brisk start with 27 runs scored in the first three overs. However, on a used pitch, the batsmen found it hard to get going. As the scoring rate dropped, both Ruturaj Gaikwad and Shikhar Dhawan struggled to time their shots. The former fell first but India had managed to scored 49 in the opening seven overs. The opening wicket meant Sri Lanka were able to put Dhawan under more pressure. With plenty of turn on offer, both Dhawan and Devdutt Padikkal tried to keep the scoreboard moving without taking a lot of risk. However, that also led to Dhawan getting bogged down and scoring at less than six runs per over.

In the last five, Sri Lanka needed 39 runs. However, Hasaranga’s wicket meant India were still in the game. Dhawan brought back Bhuvneshwar and the pacer gave away just five in the 16th. Chakravarthy bowled the 17th as Sri Lanka scored another six to leave 28 off 18. Chetan Sakariya picked up his maiden wicket on the second ball of the 18th as he dismissed Ramesh Mendis but leaked a boundary to ensure Sri Lanka kept inching towards the total. Bhuvneshwar’s third ball in the 19th was struck for a six as de Silva and Chamika Karunaratne eased the side home.