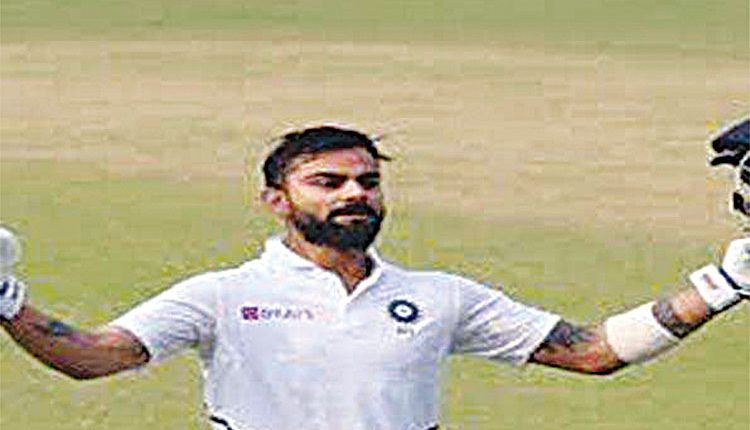 Dubai, Dec 20 (Agency) After the recently concluded Australia vs India first Test in Adelaide, Virat Kohli managed to fractionally close the gap with top-ranked Test batsman Steve Smith from 25 points to 13 points in the latest ICC Test Player rankings, released on Sunday. Despite India’s 8-wicket loss in the Adelaide Test, Kohli’s innings of 74 & 4 enabled him to gain two points, whereas Smith’s 1 & 1* lost him 10 points in the table.

Marnus Labuschagne’s innings of 47 & 6 in such a low-scoring match pushed him to a career-best 839 points whereas, Captain Tim Paine’s player-of-the-match innings of 73 not out lifted him with a career best of 33rd place with 592 points. His previous best was 45th in December of 2018. Further down, Joe Burns unbeaten 51 saw him move into 48th place, the first time he has been in the top 50 since 2016. With four wickets in Australia’s first innings, India’s R Ashwin overtook Jasprit Bumrah as India’s top ranked bowler, currently in the ninth place. With the ball, Pat Cummins took seven wickets in the match to gain six points and move from 904 to 910, which is a comfortable lead over Stuart Broad in second place. Australian pacer, Josh Hazelwood’s astonishing figures of 5/8 in India’s second innings helped him gain four spots and move back into the top five with 805 points, the first time since March 2018.