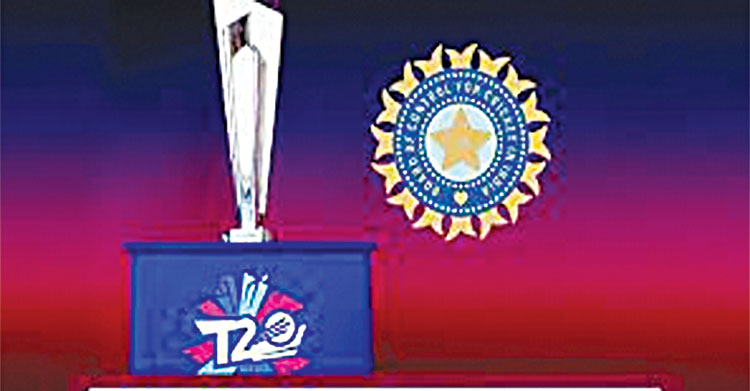 Dubai, Aug 17 (Agency) The 2021 ICC men’s T20 World Cup, to be held in UAE and Oman, will get underway from October 17 with the final being played on November 14, the world cricket governing body announced on Tuesday. The tournament will begin with the Round 1 Group B encounter between hosts Oman and Papua New Guinea (PNG) on October 17, with Scotland and Bangladesh, the other teams in Group B, clashing in the evening match. As per ICC release, the second round of the tournament – the Super12 stage – will get underway in Abu Dhabi on October 23, with the Group 1 contest between Australia and South Africa.

This will be followed up with an evening clash between England and West Indies in Dubai. The first semi-final will be held in Abu Dhabi on November 10. The second semi-final will be hosted by Dubai on November 11. Both semi-finals have reserve days. The marquee clash of the tournament will take place in Dubai on November 14, Sunday, with Monday acting as the reserve day for the final. All day matches are scheduled for 1400 hrs local time and the day-night matches are slated for 1800 hrs local time (+4 GMT).