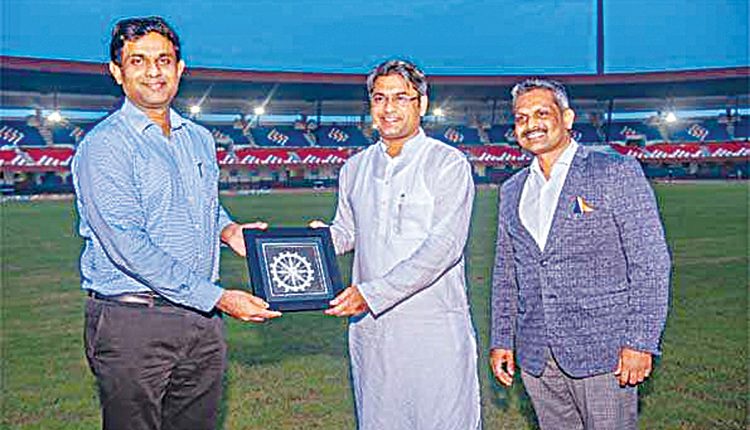 Bhubaneswar, Oct 22 (Representative) In the second week of October 2022, when the FIFA secretary General Fatma Samoura visited Bhubaneswar, for the FIFA U-17 Women’s World Cup, the Football Association of Odisha (FAO) and the All India Football Federation (AIFF) hosted a warm felicitation function for the senior official from the world body. While speaking in the function, the AIFF Secretary General Dr. Shaji Prabhakaran described the state of Odisha as the country’s best-loved “sports destination”.He wasn’t far from the truth. In the past few years, the state from the nation’s eastern region has become the favourite last-stop for the organisers of the international sporting events – they know the state of Odisha and its Government led by the honourable Chief Minister Naveen Patnaik, would always give a close look at the right projects and if need arises, it would always be there to back them with the right resources and a thorough professional attitude.And when you talk about sports in Odisha and professionalism in its conduct, one name that comes to mind instantly is of Vineel Krishna, IAS, Commissioner cum Secretary, Department of Sports, Government of Odisha, widely considered one of the chief architects of the success story of Odisha sports. The latest example is the Bhubaneswar leg of the ongoing FIFA U-17 Women’s World Cup, which was being held efficaciously under the guidance of Krishna in the past few days.Krishna said, “Hosting the FIFA U-17 Women’s World Cup had been a great learning process for us.

There are so many things involved in hosting a FIFA event–there are technical conducts, event management, one has to take care of protocols ranging from security to accreditations and power back-ups and so many things. But we have managed to do it successfully. “For the U-17 World Cup, we had the main stadium and another five training sites which were developed, including the main pitch of the Kalinga Stadium, all according to FIFA standards,” Krishna informed. Over Rs 70 crores were spent for preparing the infrastructure for the World Cup. It included five football pitches – the main stadium and four practice pitches (Police Battalion Ground 1, Ground 2, the Capital High School Ground and another artificial turf in Unit 1). And not that everything went off smoothly, there were unexpected hitches and challenges. But itcould hardly deter Krishna and his able staff. During the pandemic, as the nation came to astandstill, the progress of work for the U-17 World Cup too got badly hit. “During the Covid-19 time, we were supposed to construct one artificial turf and that got delayed for obvious reasons.

The import of some of the grass pitches also became an issue because of shipping problems. Before the start of the World Cup there was rainy season and it was followed by the festival season. We had to adjust with all these things, yet could hold it successfully,” Krishna said. The reason behind Odisha’s success, Krishna pointed out, is that the state government worked in close coordination with all National Sports Federations (NSFs). “We extend them whatever support the federations need so that all events are hosted successfully,” Krishna said. The senior IAS officer said hosting the U-17 World Cup efficiently wasn’t a one-off event for the state government. “We will continue to support football in future. Not to forget the fact that in Odisha, we had earlier hosted the Super Cup, which was played by top club in the country. Here in Odisha, the IWL (Indian Women’s League) was played, the age group SAFF tournament was also played recently. “The Odisha FC, which play in the ISL (Indian Super League) is here with us. The state’s women’s football team has been doing well, only recently they finished runners-up in the National Games in Gujarat. We had strongly been associated with football before and there is no change in our policy. We remain committed to development of football,” said the Secretary, Sports of the state.