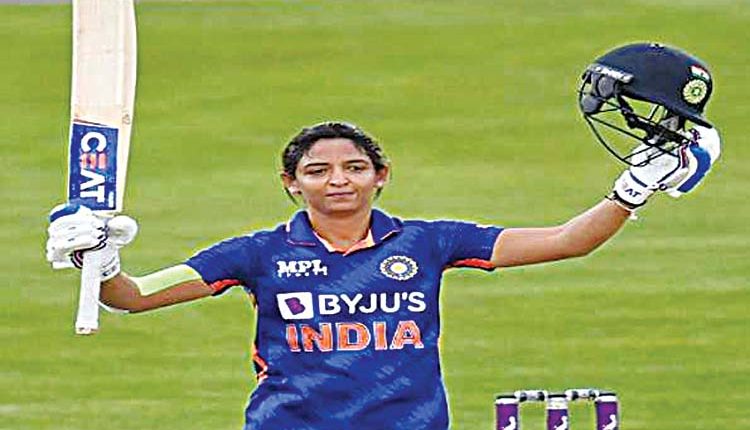 Dubai, Oct 10 (Agency) India skipper Harmanpreet Kaur has been awarded the ICC Women’s Player of the Month for September after a memorable showing in the ODI series in England. Kaur beat tough competition from her Indian teammate – opener Smriti Mandhana and Bangladesh skipper Nigar Sultana, who also came up with some stunning displays. After her win, Harmanpreet said: “It was great to be nominated for the award, and to win it is an amazing feeling. To come out as winner when being nominated alongside Smriti and Nigar is very humbling. “I have always taken immense pride in representing my country and achieving the historic ODI series win in England will remain a landmark moment for me in my career.”

The game of cricket is blessed to have some of the finest athletes on the sporting circuit and to be chosen the ICC Women’s Player of the Month amongst them is a special recognition for me as an individual and the captain of the Indian cricket team. “The 33-year-old led had a memorable month not just as a batter but also as the captain of the Indian team, leading India to a 3-0 ODI whitewash over England. This was India’s first series win in England since 1999. Kaur led by example during the series and finished as the highest run-getter with 221 runs at an average of 221 and a strike rate of 103.27. She played the role of the finisher to perfection in the first two games.