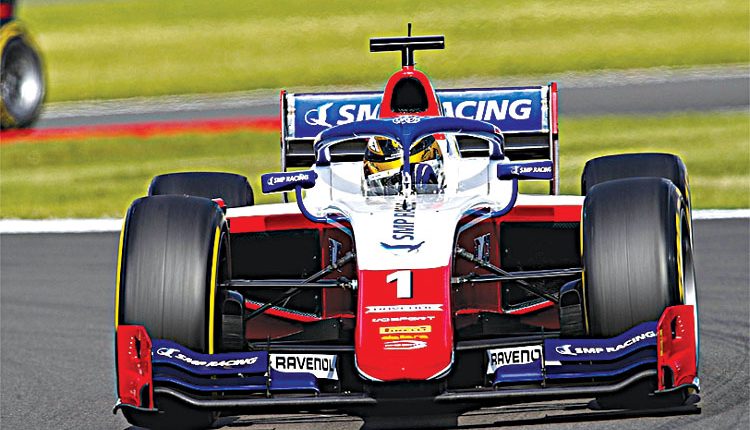 Silverstone, Jul 18 (Agency) Russia’s Robert Shwartzman claimed second victory of the season after winning the in the first Formula 2 Sprint Race, here. The Russian put in the hard yards at the start to jump from fourth to first, before going on to control the race at Silverstone. Reverse polesitter Christian Lundgaard fell to third after a tricky start, watching on as both Shwartzman and Jüri Vips clambered ahead of him when the lights went out. The trio crossed the line in that order, carefully navigating four Safety Cars. Finishing fourth, Felipe Drugovich took UNI-Virtuosi’s only points of the morning after Guanyu Zhou spun out on Lap 1 – a retirement that cost the Chinese driver the Championship lead, as Piastri followed up his pole lap in Qualifying with a sixth-place finish, behind Théo Pourchaire.

Shwartzman enjoyed a flying start from fourth, launching his PREMA into the lead at the first turn and battling off a challenge from Vips, who had gotten a strong getaway himself. The Hitech Grand Prix driver joined the Russian in pulling ahead of Lundgaard off the line, but exited Turn 1 in the same position he started. However, Shwarztman was unable to build up a buffer as the Safety Car was called out to clear up a couple of early casualties in the top 10. Roy Nissany was the first of those, getting sandwiched and nudged off track. The DAMS’ driver got a good view of the second retirement as he was pulling to a stop on the gravel, with Zhou losing control of his Virtuosi and spinning 180 degrees. The Safety Car returned on Lap 3 but was called back into action just moments later as Alessio Deledda went skidding off track, before eventually spinning to a stop back on it.