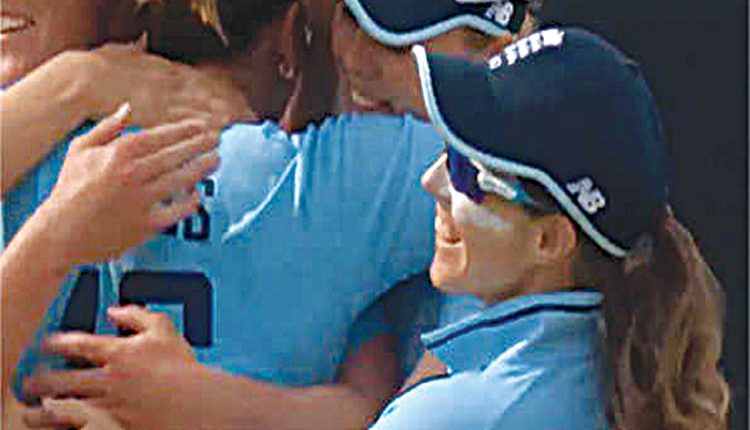 Taunton, Jul 1 (Agency) An unbeaten fifty from Sophia Dunkley and a five-wicket haul by Kate Cross helped England beat India by 5 wickets in the second women’s ODI and take 2-0 unassailable lead in three-match series, here on late Wednesday night. Asked to bat, India managed to post 221 in the 50 overs. In reply, Lauren Winfield-Hill provided England a solid start by making 42 from 57 balls. However, Tammy Beaumont and skipper Heather Knight (both making 10) fell at the other end to Jhulan Goswami and Poonam Yadav respectively.

Veteran pacer Goswami considered just 39 runs in her 10 overs quota and took one wicket, while Shikha Pandey (1/37) also kept things tight for the batters. In spite of this, England timed their assault, as Amy Jones (28 from 34 balls) supported Dunkley to hand her team control of the match. Taking guard at 92/4, newcomer Dunkley stamped her authority on the match with five fours and a six, finishing on 73 from 81 balls. Dunkley and all-rounder Katherine Brunt controlled the latter stages of the match.