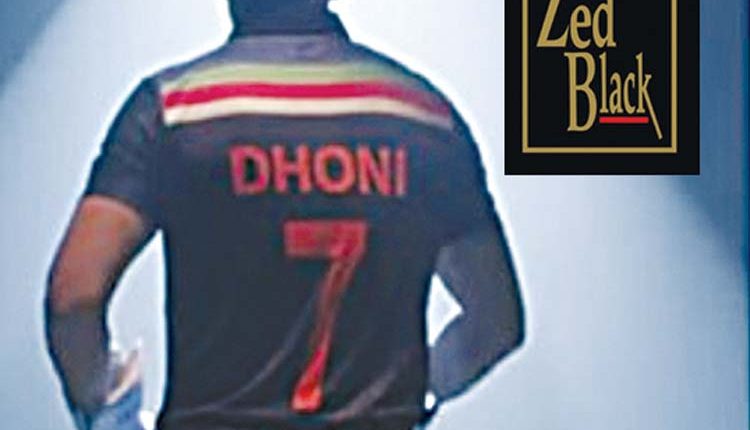 Mumbai, Aug 12 (Agency) Zed Black Agarbatti has dropped a teaser on its social media channels, revealing the first look of former Indian cricket team captain M S Dhoni in his much-talked about No 7 retro jersey look that went viral recently. This teaser video hinted that the company could be all set to unveil the latest brand campaign and the TV commerical throws a spotlight on being a ‘Game Changer’. Set to be unveiled on August 15, exactly a year later since the legendary wicket-keeper and batsman announced retirement from international cricket. Directed by choreographer-filmmaker Farah Khan, the video gives a glimpse of Dhoni entering the cricket stadium in his trademark swagger.

Ace photographer Daboo Ratnani has wonderfully captured all of Dhoni’s looks for the brand campaign. “This new campaign with Captain Cool, M S Dhoni who is an epitome of cool demeanour strikes a conversation with the youth of the country”, Ankit Agrawal, director, MDPH, shared. Zed Black 3-in-1 is the flagship brand of MDPH which processes over three crore incense sticks, selling 15 lakh packs and has enormous consumer reach in the Indian household every day.