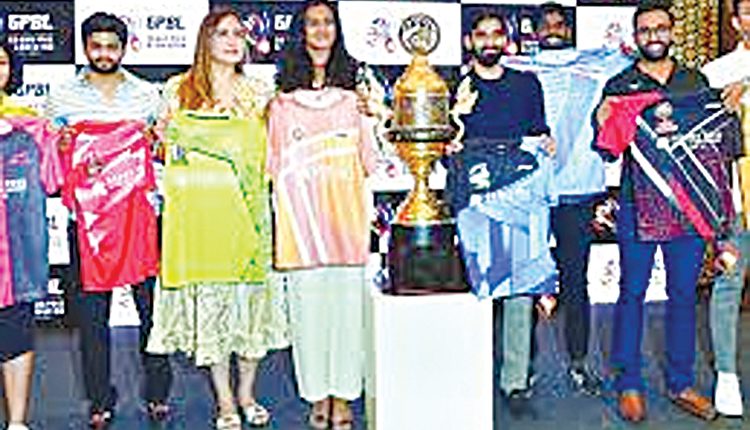 Bengaluru, Aug 5 (Representative) Mentored by former badminton national champion and World Championship bronze medallist Jwala Gutta, Bandipur Tuskers will lock horns with Mandya Bulls guided by Sai Praneeth in the opener of the uniquely-formulated inaugural Grand Prix Badminton League (GPBL) here on August 12. All matches will be played at Karnataka Badminton Association. The fans will be treated with a unique league format aimed at adding more spice to the matches. The league will be played in a round-robin format until the top four teams qualify for the double elimination stage. Each encounter will consist of five matches – men’s singles, women’s singles, mixed doubles, men’s doubles and a ‘Super Match’ format where players can tag in teammates into the match at intervals of seven points. In this format, the match begins with two singles players for the first seven points, transforms into a doubles match for the next seven points and becomes triples for the last seven points.

The first team to score 21 points wins the tie. Each match would be best of three sets and 15 points (sudden death) except the Super Match which will be only one set. Another feature is the ‘golden point’ which would be worth two points. If the server wins the point after announcing it to the opponent before serving, he/she stands to gain two points. In case the player loses the point, the opponent will get two points. The golden point has to be mandatorily used in every game by both the players and can be taken at any stage of the game. A ‘Trump Match’ to be decided by the respective teams will have to be announced before the beginning of any match in the tie. The team would receive two points for a win and get a negative point for losing. Talking about the scheduling of the matches, the first match will begin at 3pm, while the second match at 6 pm every day, except the semifinal and final ties. The event which will see two matches being played on each of the days in the league stage will also feature Kodagu Tigers taking on Mangalore Sharks on the opening day.

“I believe that all the teams are evenly balanced with the team owners choosing the best available talent. It all depends on the performance of these players on that particular day,” GPBL League Commissioner Prashanth Reddy said. The teams will be mentored by their respective superstars. Malnad Falcons will be mentored by Chirag Shetty, while Mysore Panthers will be guided by Satwik Rankireddy. The Kodava Tigers will be guided by Ashwini Ponnappa, while the Mandya Bulls will have the support of Sai Praneeth. KGF Wolves will be mentored by HS Prannoy, while the Mangalore Sharks will have Srikanth Kidambi as their ambassador and the Bengaluru Lions will be tutored by P V Sindhu. The GPBL will be telecast live on Eurosport and its OTT platform Discovery+ on all the days of the event. The event will be a ticketed event with the price ranging from Rs 300 per day to Rs 1500 for daily passes, while the season passes will be available from Rs 2500 to Rs 10,000.

Sensex up over 200 points