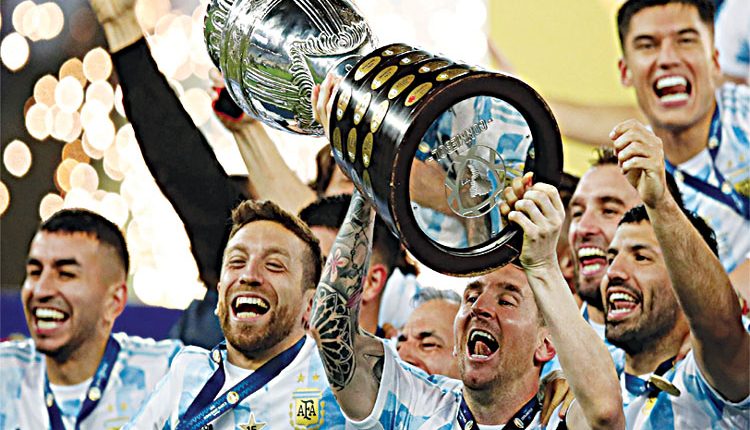 Moscow, Jul 11 (Agency) Argentina beat Brazil 1-0 in the final match of the 2021 Copa America football tournament held at the Maracana stadium in Rio de Janeiro. The winning goal was scored by Paris Saint-Germain star Angel Di Maria in the 22nd minute of play on Saturday. The Saturday win is the first time that Barcelona striker Lionel Messi got a title playing for Argentina’s national team. The Copa America football matches were postponed last year because of the pandemic. The tournament was initially set to take place in Argentina and Colombia.

However, the South American Football Confederation (CONMEBOL) denied Colombia the privilege of organizing the competition due to nationwide protests. Later, Argentina was also ruled out because of the coronavirus situation there. In June, requests were made by several groups to block the competition from being held in Brazil over COVID-19 risks. Nonetheless, Brazil’s Supreme Court ruled that the 2021 Copa America football tournament would go on as planned. The tournament was played in the Brazilian states of Rio de Janeiro, Goias, Mato Grosso, as well as the Federal District.