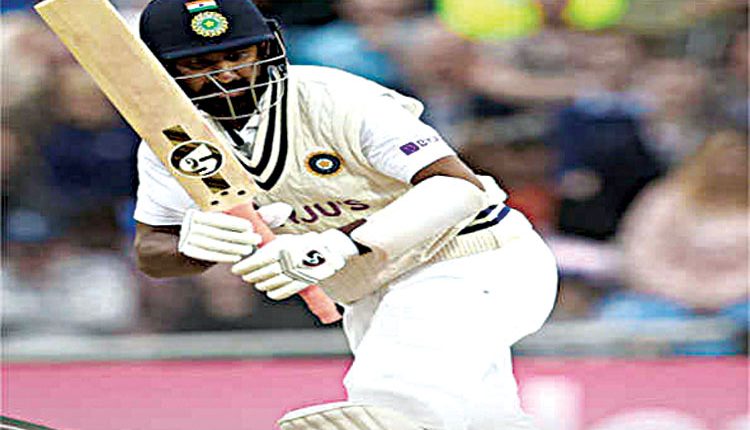 Leeds, Aug 27 (FN Agency) India were 215/2 in their second innings at stumps on the third day of the third Test, trailing England by 139 runs, here on Friday. Cheteshwar Pujara was batting on 91 along with skipper Virat Kohli (45 not out) when umpires called time on the day due to bad light. Resuming the proceedings on Day 3 at 423/8, England could only bat for 3.2 overs in the morning session. They lost Craig Overton (32) first who was trapped lbw by Mohd. Shami while Jasprit Bumrah castled ollie Robinson (0) to wrap up England’s innings for 432 as the hosts secured a massive lead of 354 runs.

Thereafter, openers Rohit Sharma and KL Rahul gave India a patient start. Rahul was given out lbw in the 10th over off Robinson but Rohit urged his partner to take a review, which resulted in Rahul getting a reprieve on 6. India openers managed to survive for most of the session but Overton dismissed Rahul in the final over before lunch. The second session proved extremely vital for the visitors as they scored 78 runs in the session without losing a wicket. During the process, Rohit also brought up a hard-working half-century. In the final session, the hosts had the perfect start as Rohit Sharma was adjudged lbw off the bowling of Ollie Robinson. However, Pujara continued building up his innings and brought up his half-century. He was joined by skipper Kohli and the pair looked assured at the crease, taking their partnership over the fifty run-mark.