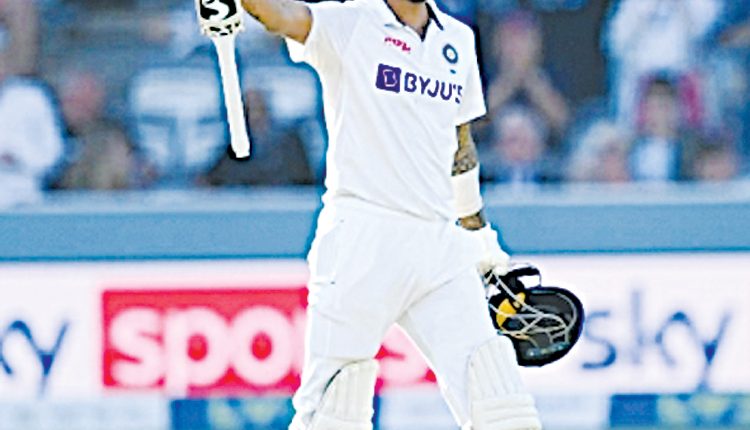 London, Aug 12 (Agency) Indian opener KL Rahul’s century took visitors to 276/3 at stumps against England on day one of the second Test of the five-match series, here on Thursday. KL Rahul (127) and Ajinkya Rahane (1) were at the crease when stumps were called. Rahul continued his fine form with the bat by bringing up his second fifty on tour. The two batsmen managed to see through the tricky two overs before tea as India went into the break at 157/2.

After being dismissed for a golden duck in the previous Test, Kohli got off the mark on the 10th ball he faced, off Robinson. He batted with caution and demonstrated his appetite for runs after a shaky start to the series. A few overs later, Ajinkya Rahane, in at No.5, survived an lbw appeal, as England lost their second review. He faced 22 balls and remained unbeaten on 1.