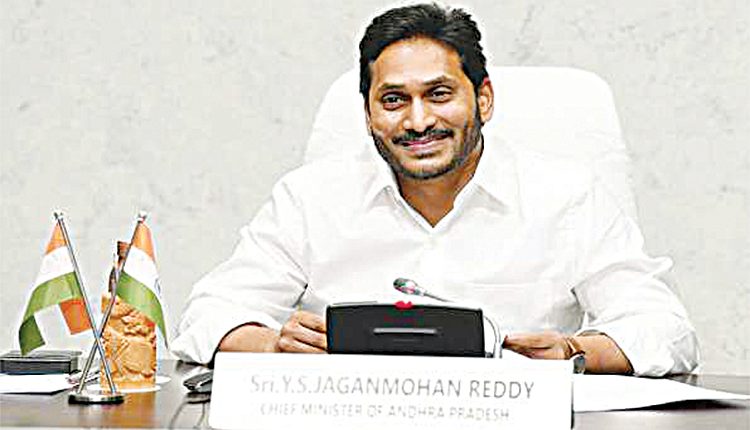 Vijayawada, Mar 12 (FN Representative) The ruling YSR Congress Party celebrated its 11th Foundation Day on a grand note across Andhra Pradesh state with several party leaders and workers taking part in the event. Andhra Pradesh Chief Minister YS Jagan Mohan Reddy took to Twitter to share his views of the journey. “Aiming to achieve the aspirations of the great leader Dr YS Rajasekhara Reddy, YSR Congress Party was founded with values and credibility as pillars. I thank the people who stood by me in difficult times, the leaders who walked with me, and the activists who followed me during the ten-year journey”, he tweeted.

At the party central office, Sajjala Ramakrishna Reddy, Advisor to the Government (Public Affairs) hoisted the party flag, cut the cake and paid floral tributes to former Chief Minister Dr Y S Rajashekar Reddy. Speaking on the occasion, Ramakrishna Reddy recalled that after the sudden demise of Dr Y S Rajasekhar Reddy, his son YS Jagan Mohan Reddy started a lone fight against all odds and thanked the people who have been with YSRCP Chief after the party was launched on March 12, 2011. He said that YS Jagan Mohan Reddy has set standards to run a political party and became a role model to leaders.

Terming the recent panchayat election results as people’s victory, he said the results reflected the governance of the Chief Minister in the last twenty months. He predicted that YSRCP would sweep the Municipal and Corporation elections and added that people have trusted the Chief Minister and understood the desperation of opposition. Ministers Botsa Satyanarayana, Vellampalli Srinivas, MP Nandigam Suresh, MLAs Jogi Ramesh, Jaganmohan Rao, Chairperson of the Andhra Pradesh Telugu Academy N Lakshmi Parvathi and other leaders were present.