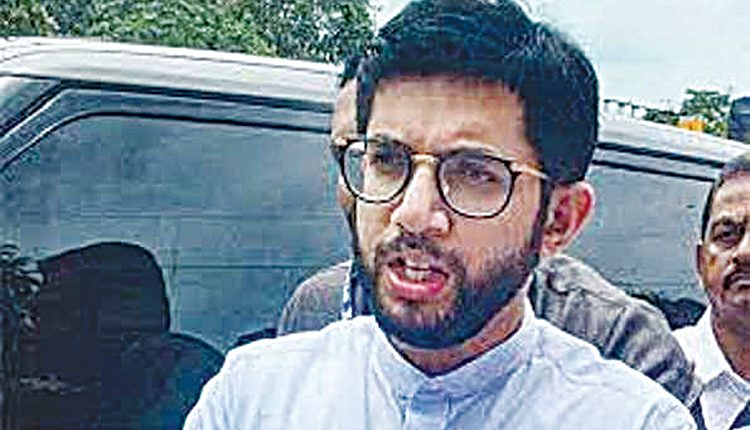 Kolhapur, Aug 2 (FN Agency) “Eknath Shinde and Phadnavis lead state government, which was unconstitutional and based on betrayal and disloyalty, will collapse at any cost soon” scratching attacked by Shiv Sena Yuva leader Aditya Thackeray. Thackeray, who arrived here late this evening from Kudal in Sindhudurg district to address a huge public rally at Miraj-Kolhapur Tikati late this night as a part of his ongoing “Nistha Yatra”, said that present two mbers state government lead by Eknath Shinde and Devendra Phadnvis, was totally unconstitutional and based on bartyed and disloyalty and would definitely collapse soon.

When Mr Thackeray started for his address before the huge gathering, heavy rainfall started and he came down from dias and sat on chair in public and started his address in slogans by Shiv Sainiks. While sever criticizing on 40 rebel Shiv Sena MLAs and 12 MPs, a stamp of betrayed would never wiped in future. When Shiv Sena chief Uddhav Thackeray was ill some persons from Shiv Sena was politics of treachery and even giving ministership, rebels stabbed in the back with demons ambitions.He said that there was getting a big support from the peoples in the state to Uddhav Thackeray through “Nistha Yatra” as Shiv Sainiks were real strength of Shiv Sena. MP Vinayak Raut, district presidents Sanjay Pawar, Vijay Devne, Murlidhar Jadhav, city SS chiefs Ravikiran Ingavale, Sunil Modi, former Mla Suresh Salokhe and others were present for rally.