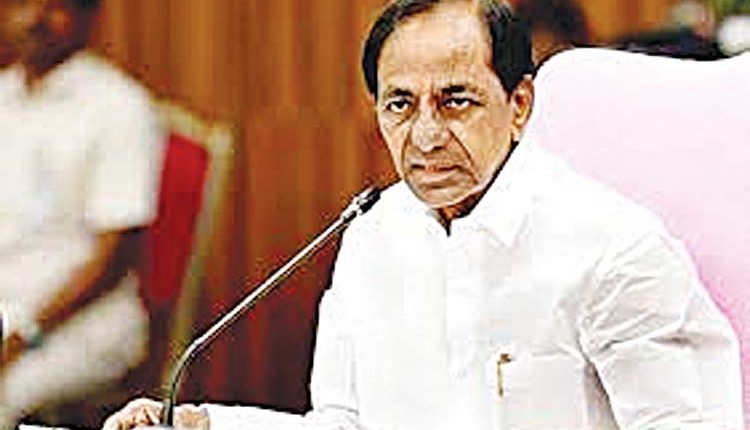 Hyderabad, Nov 4 (FN Agency) Alleging that the BJP government using unethical and undemocratic methods in toppling the non-BJP governments in the country, TRS Chief and Telangana Chief Minister K.Chandrashekhar Rao (popularly known KCR) on Thursday night urged all the constitutional heads to ‘ save democracy’ in India, the largest democracy in the world.In an unexpected press conference after just concluding of Munugode assembly by polling, at Pragathi Bhavan, the CMs camp here, KCR said that the recent TRS MLAs poaching case was a dangerous to the Indian democratic system allegedly involved brokers from BJP and it would impact the ‘Indian social fabric’’ badly. Screening a series of videos backed his party’s MLA poaching charges against the BJP, he said that all evidences in the form of 3-hour duration videos and other data collected from laptop ( nearly 70- 80 pages) have already sent to the top judiciary including Supreme Court judges, all state High court Chief Justices, all state non-BJP government CMs , all state DGPs, central agencies and top national media houses, seeking to save the democracy in India from the undemocratic acts by the BJP.

Referring to the conversation video clipping, KCR said that one of the broker stated we have already toppled eight governments and now target to topple governments in Telangana, Andhra Pradesh, Delhi and Rajasthan. Attacking the BJP and Prime Minister Narendra Modi, he alleged that “Delhi brokers” tried to bribe the four MLAs of his Telangana Rashtra Samithi (TRS) party. Seeking a probe into the case of poaching attempt on TRS MLAs, TRS Chief attacked Prime Minister Narendra Modi asking him why he was going around toppling governments when he has already got two terms at the highest post of Prime Minister. Referring to the poaching incident busted on October 26th night when the police raided the farmhouse at Moinabad, outskirts of Hyderabad and arrested the three accused, he said the accused have been behind bars. The chief minister wondered who gave the mediators hundreds of crores to poach the MLAs and said there must be a thorough probe.

He added those behind this should not continue in power. KCR said the videos were evidence that the busted meeting at the farmhouse was a poaching operation because the brokers mentioned Union Home Minister Amit Shah “20 times”, PM Modi “thrice” and referenced the change in government in Karnataka. The brokers also mentioned that a 24-member gang was working in such operations (poaching of MLAs) at various places in the country and if it is sitting MLA, BJP is ready to invest anything and it is routine for us and provide security (Y category), the CM said.Bharath Dharma Jana Sena chief Thushar, who contested in 2019 on BJP ticket against AICC President Rahul Gandhi for Wayanad Lok Sabha in Kerala, also allegedly involved in the MLAs poaching row, the CM said. Telangana Rashtra Samithi MLA Pilot Rohith Reddy had earlier filed a complaint with the police, alleging that Ramachandra Bharati and Nanda Kumar, both belonging to the BJP, had met him and offered him Rs 100 crore to join the BJP. Three people — one of them a businessman – were arrested. Ramachandra Bharati alias Satish Sharma, Nanda Kumar, and Simhayaji Swamyat have been sent to jail for 14 day in TRS MLAs poaching case.

Holistic approach in medicine is the Need of the hour: Dr Jitendra Singh