Sword of ‘arrest’ hangs over my head, says Sisodia 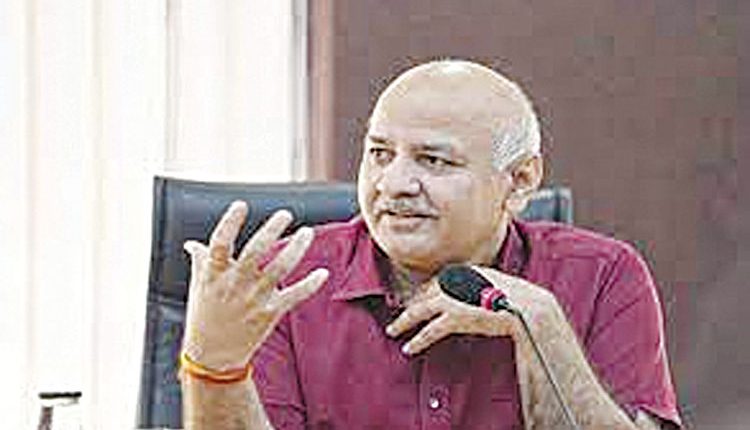 New Delhi, Oct 17 (FN Agency) Delhi Deputy Chief Minister Manish Sisodia said Monday that preparations are afoot to arrest him in a fake case to prevent him from campaigning in Gujarat.He told reporters he has been called by the CBI. “They are preparing to arrest me. Not a single penny of corruption was found in the CBI raid. Nothing was found in the bank locker. There was no gold, cash or property papers found.”Inquiries in my village, led to nothing. They know that the whole case is fake. Their purpose is to arrest me and put me in jail so that I do not go to Gujarat.”BJP is terribly scared. Wherever I went to Gujarat, the condition of schools and hospitals there is bad. People of Gujarat have put their hope in Arvind Kejriwal.

“Earlier in a series of tweets ahead of appearing before the CBI in the New Excise Policy scam case, he said: “We will never bowing down to dictatorship. This is the second fight for freedom against the conspirators,”, as he posted videos of him seeking the blessings of the Father of the Nation, Mahatma Gandhi.He tweeted: “They are preparing to arrest me by making a completely fake case against me. I was to go to Gujarat for election campaign in the coming days. These people are losing Gujarat badly. Their purpose is to stop me from going to Gujarat election campaign.”When I went to Gujarat, I told the people of Gujarat that we will build wonderful schools like Delhi for your children in Gujarat too. People are very happy. But these people do not want good schools to be built in Gujarat so they could study and progress.

“But my going to jail will not stop the Gujarat election campaign. Today every Gujarati has stood up. The child of Gujarat is now campaigning for good schools, hospitals, jobs, electricity. The coming elections in Gujarat will be a watershed moment.”A completely false case has been made against me. Delhi Chief Minister Arvind Kejriwal tweeted, “Nothing was found in Manish’s house raid, nothing was found in the bank locker. The case against them is completely false. He had to go to Gujarat for election campaign. They are arresting him to stop him. But the election campaign will not stop. Every person of Gujarat is promoting “AAP” today.”BJP spokesperson Sambit Patra retorted as he told the media: “The way Manish Sisodia was raising slogans in an open car on the streets along with his supporters today, it seems as if Aam Aadmi Party has won the World Cup of corruption.”

BJP slams Sisodia for show of strength before CBI appearance