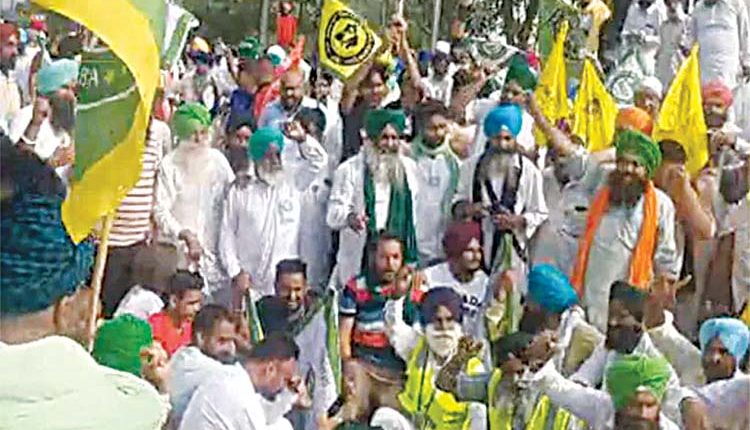 Jalandhar, Aug 20 (Agency) Thousands of farmers and sugarcane producers affiliated to nearly 32 farmers organizations on Friday began their agitation for indefinite period over the issue of pending dues of sugarcane and enhancement in the State Agreed Price (SAP). The road block affected vehicular traffic from Jalandhar, Ludhiana, Amritsar, Pathankot and other adjoining areas putting the people as well the commuters in great stress and distress on how to reach their destination.

Though the local police had carved out a new route plan diverting the traffic to other roads in view of the highway block, yet, the long ques of the vehicles on both the sides of the roads worsened the problem for the people desirous to reach their places. The call for highway block was given by the Doaba Kisan Sangharsh Committee in association with the Samyukt Kisan Morcha carrying out a nationwide agitation against the three new farm laws at Singhu and Tikri borders for the last over several months. Bhartiya Kisan Union Doaba president Manjit Singh alleged that by announcing a meagre Rs 15 per quintal hike in the State Agreed Price (SAP) in the sugarcane price, the state government has ridiculed the farming community whereas the community was expecting the SAP on Sugarcane to Rs 370 from the existing Rs 295 to 310 per quintal following the variety of the crop. A UNI report from Phagwara said several hours long dharna of farmers badly disrupted normal life and paralysed vehicular road traffic.

Still not impressed by the bitcoins! Look at some incredible uses of this crypto

Greater collaboration between Institutes to address local and environment issues