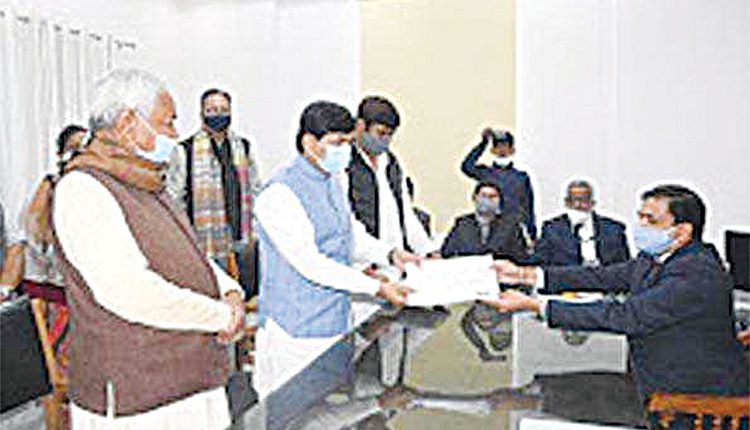 Mr Sahni, also Animal and Fisheries Resources Minister, filed nomination paper against vacant seat caused by resignation of Vinod Narain Jha who was elected to Bihar Legislative Assembly last year. The term of Mr Modi was to end on May 06, 2024 while term of Mr Jha as council member was to end on July 21, 2022. Scrutiny of nomination papers would be conducted on January 19 while last date for withdrawal of nomination papers is January 21. Polling would be held on January 28, if required. Bihar Chief Minister Nitish Kumar, Deputy Chief Ministers Tarkishor Prasad and Renu Devi, former Deputy Chief Minister Sushil Kumar Modi, state BJP president Dr Sanjay Jaiswal and other leaders of NDA were also present on the occasion.