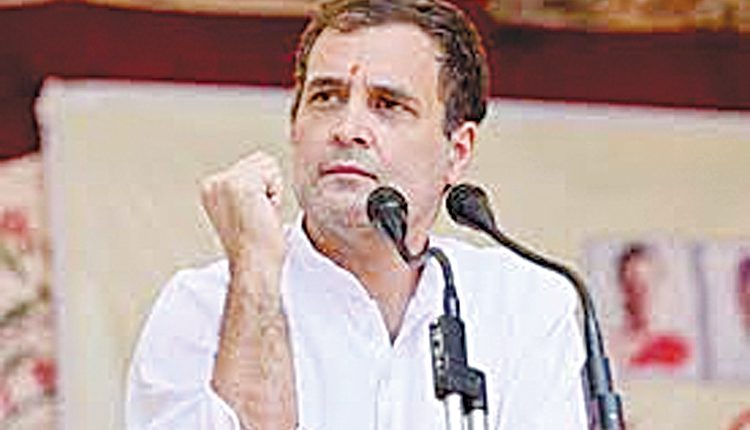 Hubballi, August 3 (Representative) Admitting that there are differences within the Karnataka Congress, the central party leadership on Tuesday said that Congress scion Rahul Gandhi today appealed to state party leaders to put up a united stand to fight the “corrupt” BJP government in the state. “Here the 40 percent corruption issue is there against the government. Unemployment is very high. Lot of issues are there. Rahul Gandhi requested all the senior and other leaders to stand unitedly and fight anti-democratic, anti-people policies of the union and state governments. We have to work for the people. We have to make sure that there will be a people-centric government in Karnataka. Mood of the Karnataka people everybody knows. The people are very much fed up with this government,” central Congress leader KC Venugopal told reporters after attending the PAC meeting.

Admitting the differences in the party, he said, “There are some statements being made, knowingly or unknowingly, here and there. Sometimes you media people also create some issues. Don’t fall into that trap at all. Party leaders should unite and should not give different voices, inside or outside the party.” Rahul was invited to attend the PAC meeting held at a private hotel which was attended by senior party leaders including Siddaramaiah and DK Shivakumar. Venugopal’s statement came in the wake of political slugfest between Siddaramaiah and Shivakumar camps who want their respective leaders to assume charge as chief minister in the future if the party were to come to power. In fact, the Siddaramaiah supporters are celebrating Siddaramotsava at Davanagere tomorrow, an event to be attended by Rahul on the occasion of the 75th birthday bash of the Kuruba leader.

The celebrations are seen as showcasing of Siddaramaiah’s strength in the party which Shivakumar’s camp fel that it would affect party’s electoral prospects. The fissures widened further after Shivakumar sought support of Vokkaliga community to see him as the chief minister, which ruffled the Siddaramaiah supporters including Zameer Ahmed Khan to rake up a controversy surrounding Veerashaiva community. He had remarked that Muslims are more in number than Vokkaligas and he could as well become chief minister. Randeep Singh Surjewala, a close aide of Rahul and former national party spokesperson, had to intervene and reprimand Zameer for the distasteful remarks. Earlier Rahul was received at the city’s airport late at night.